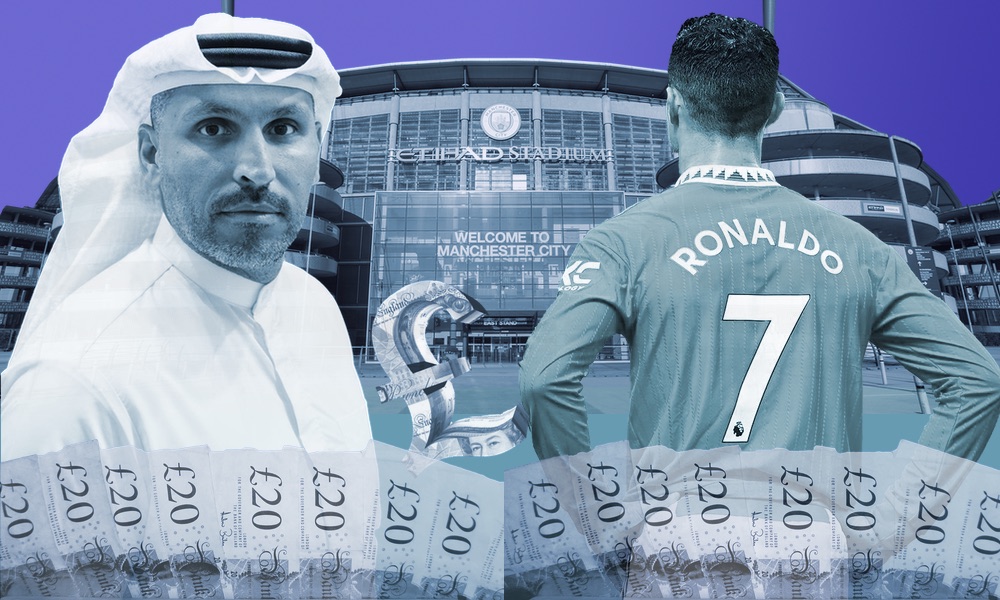 Sponsorship revenue in the English Premier League has once again seen a significant boost, with the top clubs bringing in substantial sums from partnerships with major brands.

However, it seems that clubs outside the top 8 struggle to generate significant revenue from sponsorship deals and must rely heavily on TV rights revenue.

Leading the way is Manchester City, which has topped the list with a record-breaking £258.05m in sponsorship revenue. Manchester City is unique among English Premier League clubs in that it has installed ‘double size’ LED boards at the Etihad Stadium, which helps to generate more visibility for fans in the stadium, broadcast audience, social media, and news media. This leads to increased brand and earned media value.

This is closely followed by Manchester United, who have generated £192.5m in sponsorship deals.

Chelsea and Liverpool also feature highly on the list, with revenues of £156.25m and £144m respectively. Meanwhile, Arsenal and Tottenham Hotspur round out the top six with £126.33m and £106.25m in sponsorship revenue.

It’s clear that the top clubs in the English Premier League continue to dominate when it comes to sponsorship deals, with Manchester City and Manchester United leading the way. However, it’s also worth noting the strong performances of Chelsea, Liverpool, and Arsenal, who have also brought in substantial sums from partnerships with major brands.

The importance of sponsorship revenue in professional football cannot be overstated, with clubs relying on these partnerships to bring in the funds needed to compete at the highest level. From shirt sponsorships to stadium naming rights, the revenue generated from these deals helps to fund player transfers, wages, and other expenses.

It will be interesting to see how these sponsorship revenues evolve over the coming years, as the English Premier League continues to grow in popularity and attract top brands looking to align themselves with the world’s most popular football league.