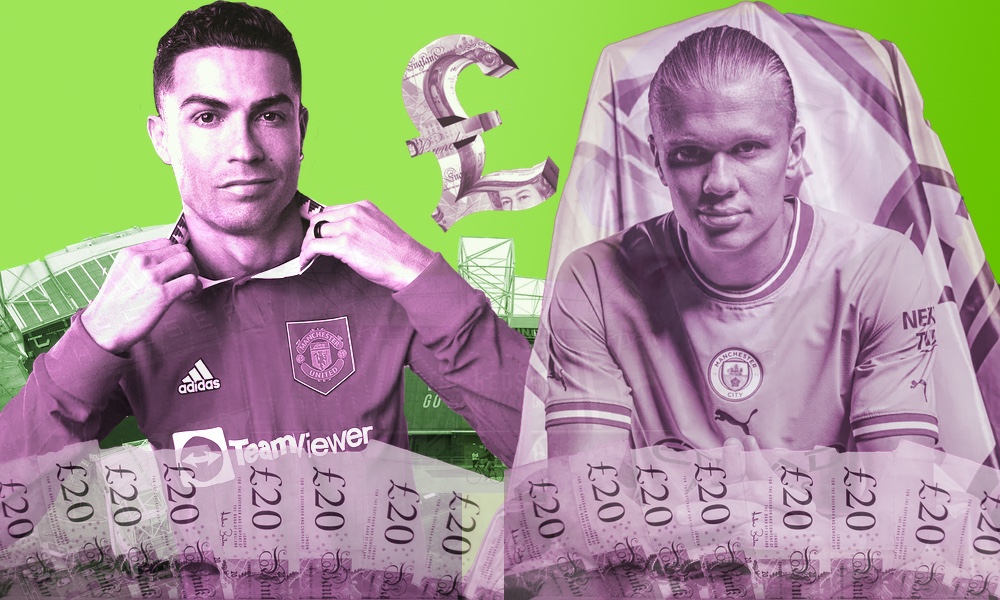 Despite popular belief, football clubs do not profit as much from jersey sales, if at all. Every summer, there will be assertions that teams can afford expensive signings based only on jersey sales.

When David Beckham joined Real Madrid, it appeared to be the beginning of press reports about gains in jersey sales exceeding the player’s salary and transfer cost. During Beckham’s four years at the Bernabéu, it was purportedly estimated that more than 1 million Real Madrid jerseys were sold. Every time a well-known footballer relocates, whether it is Ronaldo to Manchester United / Juventus or Messi to PSG, the same story is recycled.

Perhaps that was due to a lack of understanding how the replica jersey sales deals work.  So how does jersey sales operate in todays world of complex sponsorship and brand partnerships?

For instance, clubs typically only get about 7.5% of the commission on the sale of products like replica jerseys and training wear merchandise. For example According to the rules of their contract with Nike, Liverpool gets a 20% fee for each jersey or item of apparel sold, which is something extraordinary and a luxury many top clubs do not have.

Liverpool earns the highest commission of any Premier League team.

On the other hand, because of the size of Manchester United’s contract with Adidas (£750m on a 10-year contract), it’s possible that the club won’t get any further commission on jersey sales until it reaches a specific volume threshold. Adidas football shirts sales has reached upwards of £192 million since Ronaldo signed for Manchester United.

Consider the scenario when a team sells 100,000 replicas of a player’s jersey throughout a given season. The new Liverpool home jersey costs £75 a piece, thus selling the shirt at that price would generate a total revenue of £7.5 million, of which a club would typically receive a 7.5% fee.

Therefore, the commission earned by the club on the sale of this player’s shirt would be little over £562,000.

That’s a good amount of money, but not enough to cover transfer fees of big star players like Mo Sarah, Messi or Ronaldo. This myth of shirt sales covering player transfers has been around since as far as we can remember.

Even at the higher rate of 20% commission that Liverpool has with Nike, selling jerseys wouldn’t be enough to pay for moves. If 100,000 jerseys were sold at £75 apiece, a total of £7.5 million would be generated. Liverpool would collect £1.5 million at the 20% rate.

In order to pay for Mo Salah’s wages, Liverpool would have to sell about 50,000+ replica shirts per week.

The nature of the agreements between teams and sports brands (kit suppliers) seems to be misunderstood by many fans and analysts.

In many big partnerships, the club won’t start receiving royalties/commission until after a significant number of sales have been made, like 1 or 2 million shirts, for example.

The last two season’s best-selling home shirts belongs to Manchester United.
Due to the record amount of United football jerseys sold with “Ronaldo 7” on the back, sales of the team’s new Adidas home shirts are presently up 44% year over year. Manchester United sold 2.55 million units of shirts this season so far and generated a total of £106.1 million in sales from their Retail, Merchandise, Apparel & Product Licensing Revenue.

Since its debut, sales of Liverpool’s new Nike home kits have marginally decreased by 6%.
Despite a decline in sales year over year, Liverpool maintains its second-place ranking in terms of football shirt sales. Liverpool sold 2.45 million units of shirts this season so far and generated a total of £94.3m million in sales from their Retail, Merchandise, Apparel & Product Licensing Revenue.

Sales of Chelsea shirts have improved by 22% after winning the UEFA Champions League and FIFA Club World Cup in 2021, in comparison to the season before. The third-best-selling home kits in the premier league. Chelsea sold 1.85 million units of shirts this season so far and generated a total of £92.8m million in sales from their Retail, Merchandise, Apparel & Product Licensing Revenue.

Sales of the new 22/23 Arsenal home kits have fallen by 32% year over year since its introduction, according to research conducted by Sponsorlytix. Despite the drop in sales, Arsenal sold a strong 975k units of shirts this season so far and generated a total of £77.3m million in sales from their Retail, Merchandise, Apparel & Product Licensing Revenue.

Sales of shirts for Manchester City’s new Puma uniform have increased by 19% from the same period last year.
With star additions like Erling Harland and Jack Grealish helping to improve sales, Manchester City is edging closer and closer to overtaking the top 4 teams. Manchester City sold 755k units of shirts this season so far and generated a total of £37.3m million in sales from their Retail, Merchandise, Apparel & Product Licensing Revenue.