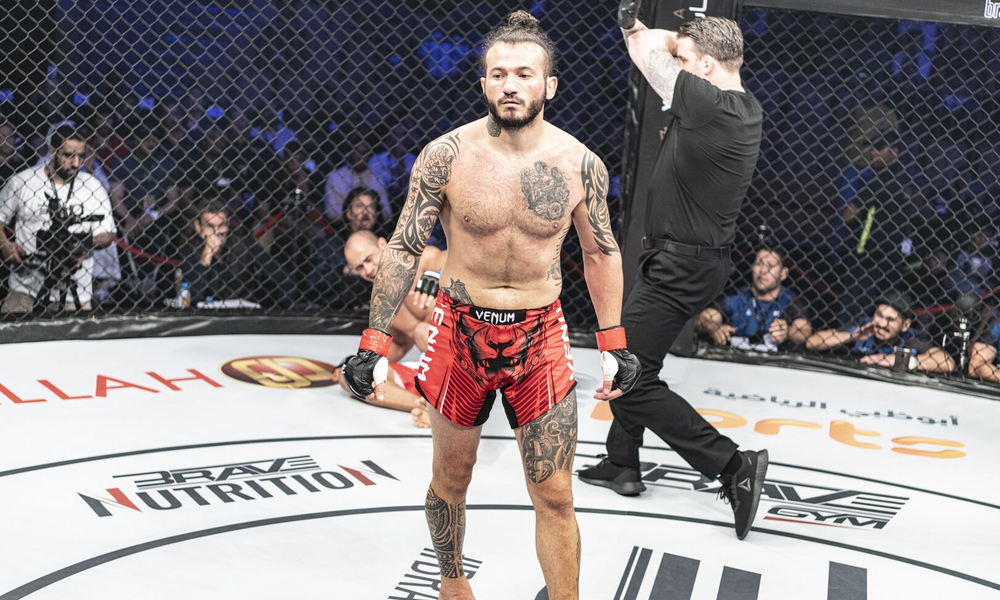 BRAVE Combat Federation is pleased to announce the creation of BRAVE NATIONAL LEAGUE, a league model that brings MMA closer to the FIFA model.

BRAVE CF was founded in 2016 by His Highness Shaikh Khalid Bin Hamad Al Khalifa, Prince of Bahrain, with a vision to change the MMA industry from an event business to a sport business, to introduce a new system that will create a global ecosystem for the MMA industry under one umbrella, to the effect of FIFA.

BRAVE NATIONAL LEAGUE (BNL) is a league format that will create an MMA economy around the world.

“MMA is one of the most global sports along with football/soccer. It deserves a sports system that helps the industry reach its potential around the world and BNL will be that solution” said BRAVE Combat Federation COO, Valeria Lang.

The BRAVE NATIONAL LEAGUE targets to launch its first league in 2023 and has plans to introduce the model to five different countries/regions in three years’ time.

‘’The BRAVE NATIONAL LEAGUE put together experts from every area of sports, from policy makers to sports media property founders and the biggest sports investors behind the organization.’’, said Mr. Mohammed Shahid, BRAVE CF President. “A sport can’t be controlled by only one person, company or even a nation. No matter the wealth. If that is happening or if that is even a possibility, then the sport is not reaching its highest potential.”, continued Mr. Shahid.

The BNL format will allow private and public sectors to own teams and will provide opportunities for investments at the league level. This format will extinguish any possibilities of monopolising the sport.

“I would rather have twenty three-billion dollar companies in the MMA industry than only have one seven-billion company. BNL will generate an opportunity for many billion-dollar MMA companies to be created”, said BRAVE CF COO Valeria Lang.

The mission of the BNL is to develop the sport around the world. The league model will give opportunities to local fighters to make a living and become national stars. The module introduced will also help aspiring fighter managers and even the notoriously passionate MMA media industry.

For the past five years, the vision of His Highness Shaikh Khaled bin Hamad Al Khalifa and BRAVE Combat Federation has been geared towards activism for change in the mixed martial arts industry.

From the time BRAVE CF became a reality, the organization has also been an instrument for globalizing the sport, going to previously unexplored territories and advocating the need for change in the MMA industry.

“We will introduce a system that will allow fighters from around the world to have the opportunity to become the best in the world regardless of color, creed, gender or marketability. Only talent will be the variable. If we can have a Lionel Messi in MMA who doesn’t speak english and we don’t listen to his interviews but we still consider him to be one of the best in the world… The day we have a system that can achieve that, then we know we have a sports structure for MMA”

The BRAVE NATIONAL LEAGUES are expected to operate under one global umbrella, as football/soccer operates. Each league will have the freedom to operate within their own meanings, as long as they follow certain requirements, such as UEFA and AFC (continentally) and The FA, Premier League and La Liga (nationally) do in football/soccer.

“The business model will be one of the biggest sports investment opportunities. This will create a new economic movement in the countries that introduce BNL. It will be regulated by a national commission which will be governed by an international regulatory authority. A full global ecosystem for MMA”, explained BRAVE CF Director of Operations Faith Pearson.

BNL will also have a transition system from amateur to professional. Fighters will see season contracts instead of contracts per fight. They will also have multiple revenue streams. The club owners will have a policy of mandatory requirement to reinvest a % of revenue to the athletes, while the Leagues will have a central pool revenue system that will see the major share of revenue going to the club owners.

“We are very excited to announce the BRAVE NATIONAL LEAGUE. It has been 5 years of work and bringing the experience of the Kingdom of Bahrain and KHK Sports to mixed martial arts. It was not easy to bring a massive group of people together from different areas of expertise and world together for one vision. We believe it will be the biggest game changer we have seen in sports for a while” said Mohammed Shahid.

With BNL expected to be launched in 2023, more information about BNL will follow with further announcements on partners, inaugural nations and more.