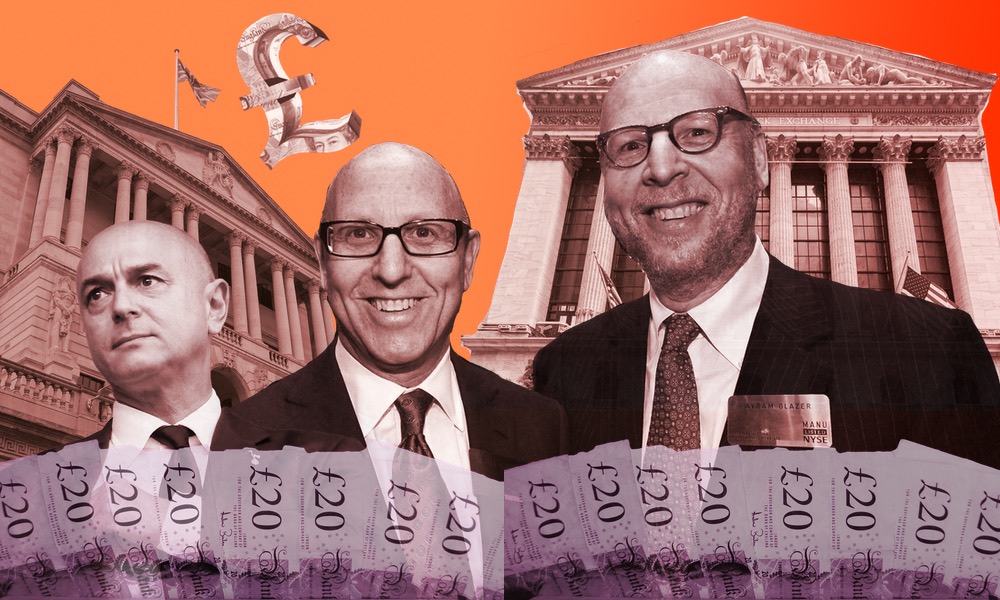 Debt and football clubs always go hand in hand. However, there are many different types of debt, ranging from frightening to statistically insignificant.

Lots of clubs are running at a loss and the only way you can fill the gap is with equity or debt, but the game has actually limited how much money owners can sink into their clubs via FFP rules. Surely we can find a model that would allow some more owner investment with limits and cost constraints?

For instance, Barcelona owes around £1.1 billion in total debt, a quarter of which is classified as “short-term” and must be returned within a year. The Catalan club’s short-term debt is double that of United, who has the highest short-term debt in the Premier League, making it the biggest in all of Europe.

In reality, Barcelona checks off nearly every debt category on the debt variety chart. They owe money to banks, other teams, players, employees, the Spanish government, and businesses that provide them with products and services this year and beyond. They are a borrower who accepts all credit.

The majority of Tottenham’s £1.2 billion debt, on the other hand, consists of low-interest loans worth £854 million that they have until 2042 to repay. This is what we call “leveraged debt”. A low-risk investment for the large banks that provided the loans, Bank of America, Goldman Sachs, and HSBC, and the conditions offered reflect that.

The north London club took out a loan to pay for the construction of their new stadium, and the additional matchday income should more than cover the interest costs while also increasing the club’s worth.

Debt is not inherently bad, It’s all about the purpose of the debt. If you’re investing in growth, why is that bad? But several clubs in the football pyramid in Europe tend to confuse large transfer fees and player salaries as “growth” and get sucked into a damaging vortex of debt and interest payments.

Malcolm Glazer purchased Manchester United in 2005 in a hostile takeover, with £660 million in exorbitantly costly hedge-fund financing (debt). They say the first rule of business is, never start a business with a loan.

The club’s average yearly interest payments between 2006 and 2010 were £95million. In 2010, Glazer’s children were able to restructure those debts with far less expensive corporate bonds, bringing the remaining acquisition debt down to £500 million.

A portion of the club’s shares were launched on the New York Stock Exchange two years later, earning an additional £150 million. Half of this money was used to pay off the buyout debt, while the other half was kept for personal use.

Except ten years later, the buyout debt is still present, sitting on the club’s financial sheet, doing nothing but accruing interest. And as a result of COVID-19 essentially closing Old Trafford for 18 months, an overdraft facility has been added to the Glazer debt, bringing the club’s gross debt back down to little under £600 million.

Since 2015, Manchester United’s debt has increased by £181 million, which doesn’t sound fantastic, and you can see what the market thinks of the decisions the club’s management are making from the share price. United had £6milli on in the bank and no debt when the (Glazer takeover) took place.

We can see a team that needs a complete rebuild and a stadium that is rusting and falling down. The training ground infrastructure is old and outdated, as revealed by Cristiano Ronaldo.

The banks get a guaranteed £20million in interest every year and the Glazers can kick the can down the road in terms of the capital payments.

Since 2006, United has provided The Glazers with at least £500 million in dividends, fees, share sales, and soft loans. The current rise in their debt is a result of a “COVID-related financing solution,” with the Bank of America overdraft covering the financial loss incurred from playing without home fans for around a season and a half. Before the 2019–20 season, United’s matchday revenue averaged between £100 million and £110 million, therefore the pandemic had a significant impact.

Manchester United owners have since confirmed that they are willing to listen to offers to sell the club, after Cristiano Ronaldo’s bombshell interview with Piers Morgan on 16th November 2022. The Green & Gold Army (Manchester United fans) who protested and campaigned for the Galzers to sell the club, will remember Ronaldo as the martyr who sacrificed himself and made the change that they were fighting for 17 years.

The acquisition of Chelsea this summer was the result of an auction between four different American syndicates, AC Milan was sold by one US private equity firm to another, and other American groups purchased clubs or significant ownership stakes in clubs from Leeds to Spezia.

And in some way or another, borrowed money was used in all of these transactions.

After taking over Chelsea, new chairman Todd Boehly and the other owners quickly secured £800 million in debt to fund improvements to the squad and stadium.

Todd Boehly, the chairman of Chelsea, witnessing preseason practise in Los Angeles. Chelsea’s new owners, unlike the Glazers, are responsible for paying off this debt themselves, but all will work out in the end since they expect a comparable return on their investment.

Spurs have borrowings of £854million, but it’s the equivalent of an interest-only mortgage for the next 15-20 years, and they are paying about £25million in interest on a stadium that is bringing in £80million a year in additional revenues.

Therefore, even if the leveraged buyouts we witnessed at United in 2006 and across the street at Burnley last year are still debatable, they make financial sense. That is, for the investors.

Michel Platini, the former president of UEFA, made it plain that he believed clubs had gotten overly indebted when he initially declared his desire to implement financial fair play (FFP) laws throughout Europe. They needed to cease trying to recover their lost bets at the roulette table.

September 2009 passed after that. Portsmouth was the first and only Premier League team to go into administration six months later. They would repeat the act two years later, but by then they were in the Championship, where bankruptcy is seen positively. But at the same time as Portsmouth’s second dosage of administration was taking effect, Scottish powerhouse Rangers also filed for bankruptcy. Fans of teams of all sizes were warned: you can be the lucky winner in football’s lottery.

However, clubs and their owners continue to take on debt for a number of reasons, not just to keep from going bankrupt.