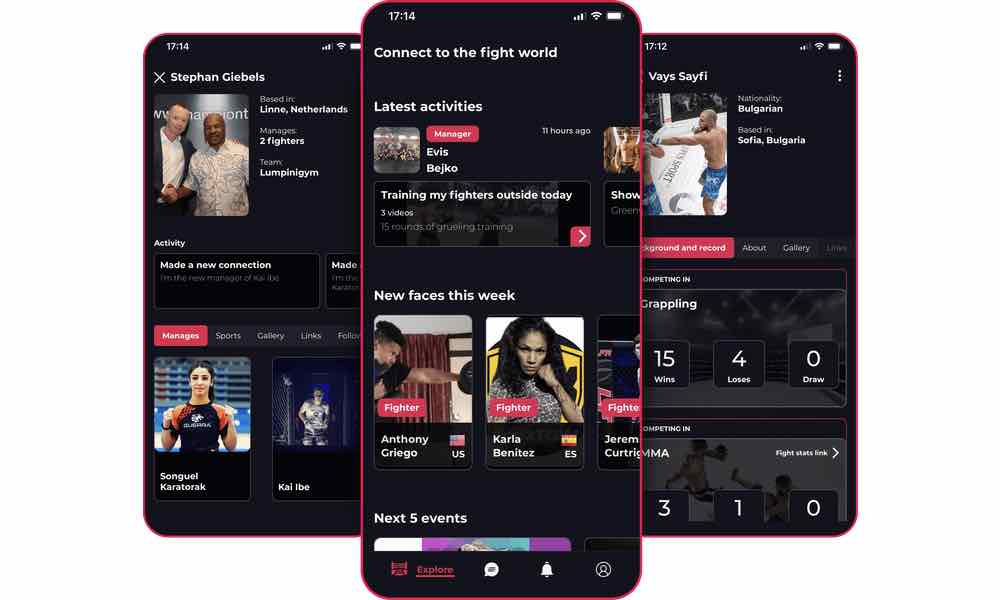 Fight Scout allows you to explore and connect to the entire Combat Sports Community around the world. Sign in as a pro and start growing your network with fighters, managers and organizations world-wide, find fights, find managers, scout for events who need fighters, manage your profile so everyone can find you and improve your chances of building a successful fighting career. Fight Scout offers all of this and more, commission free at your fingertips. The app is available to download on iOS Appstore and Google Play.

A Better Way to Connect The Combat Sports World

Each role allows users to customize their profile to fit their needs. Whether you are a fighter looking for a fight, a promoter putting up a fight card or trying to find a last minute match up, a manager trying to recruit athletes or just a fan that wants to explore the world of combat sports, Fight Scout gives you all the tools in one app. All users share the same Homepage experience. The Smart Search filtering gives you the ability to find exactly what you are looking for. Activity is our story/post hybrid. It appears like a story, but acts and sticks like a post.

Through the process of experimenting with early users, Fight Scout discovered a critical gap in the market between fighters, managers and promoters, especially at the middle level. Thousands of unsigned athletes had a disconnect while attempting to build relations with managers and promoters and faced obstacles with exposure, and high costs. Fight Scout addresses these issues almost instantly as the global marketplace for combat sports of all types, free of charge and easy to navigate.

Fans: Fight Scout offers fans an immersive experience into the global combat sports world. Search for events by location, type of combat sport or specific dates. Receive notifications on the promotions or fighters you follow, buy tickets for live shows or watch them live on your mobile device and get all the relevant information on a single screen.

Fighters: Can create their professional profile and start connecting right away! They can apply to fight on events directly with the promoters, check out other competitors, choose and connect with a manager or simply browse the fight world and discover opportunities to grow their career. Track and contact fighters, promoters or managers for opportunities as soon as they become available and expand their professional network.

Promoters: If you are organizing combat sports events of any kind, then Fight Scout is the app you have been waiting for. Set up your organization’s profile with information, links and pictures. Manage your calendar of events individually, allowing you to scout and recruit fighters and fill each card. Network with your public and keep your fans informed of the latest news and ticket sale information.

Managers: Managing fighters comes with a lot of responsibilities and information to track. Fight Scout makes it easier to search for fights, review the details and submit your client’s application with Fight Scout. Create new clients by networking with fighters and events world-wide.

Coaches: There is no career without a coach, Fight Scout allows coaches to create their own training classes and knowledge content, which fighters and fans can subscribe to from the app for a fee. 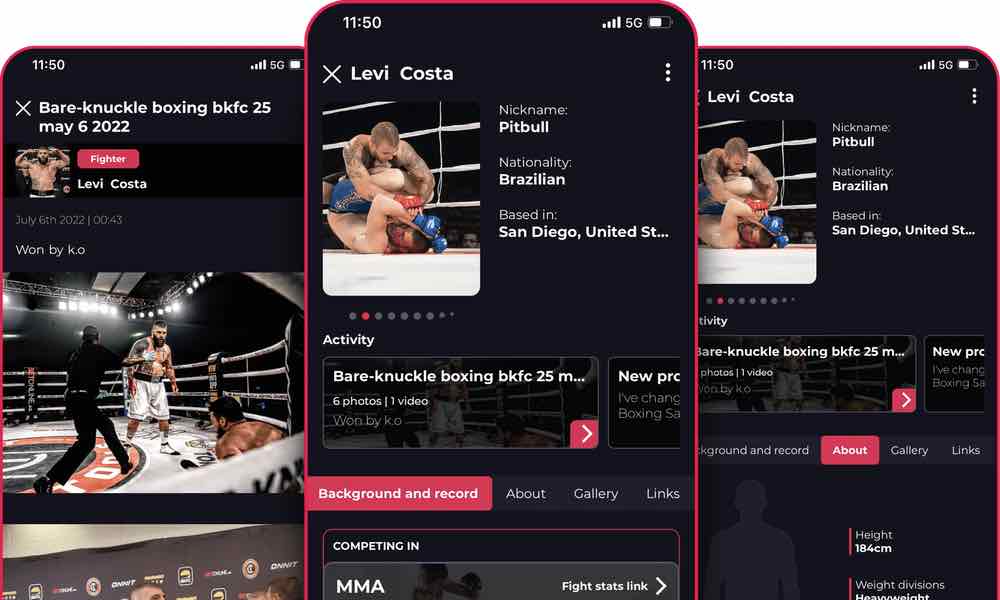 “With the Fight Scout App, you can connect and begin a conversation with a manager or promoter to offer your services as a fighter or vice versa within minutes. Having worked in the business for 20 years, going the traditional route, trying to get the attention of a manager or promoter is quite hectic. Instead, you can focus on building a network within a few clicks on Fight Scout,” said Lubomir Guedjev, founder and CEO of Fight Scout. “There is a large disconnect in this space and it has been so for quite a long time in the combat sports ecosystem and Fight Scout brings the solution to your fingertips.”

“We are working on introducing PPV and live streaming to the app for our next features to scale the app and provide more features and value to our users.

“We are also working on introducing new categories like referees, judges, ring girls, ring announcers and cutmen. When a promoter adds an event on the app, they will have the option to scout for fighters, judges, referees etc all within the app. We will be rolling these features out soon.”

Fight Scout was developed by Lubomir Guedjev, an MMA fighter, Jiu-Jitsu black belt and MMA & Jiu-Jitsu promoter, who has been named one of the top personalities responsible for the rise of MMA and Jiu-Jitsu in the Middle East and Bulgaria. Lubomir started his MMA and Jiu-Jitsu career in Europe before moving to the UAE, which is considered the fight capital of the Middle East, to build the Jiu-Jitsu academies and logistics for the government of Abu Dhabi. Lubomir was part of the inaugural team in setting up and building the ADCC, one of the most prestigious grappling tournaments in the world. In 2020, he launched his Jiu-Jitsu Academy, in Sofia Bulgaria.

Based on his experiences, Lubomir knew there was a better, faster way for more people in the combat world to connect, network and get deals done. Nothing like what he had envisioned ever hit the market, so he built it himself.