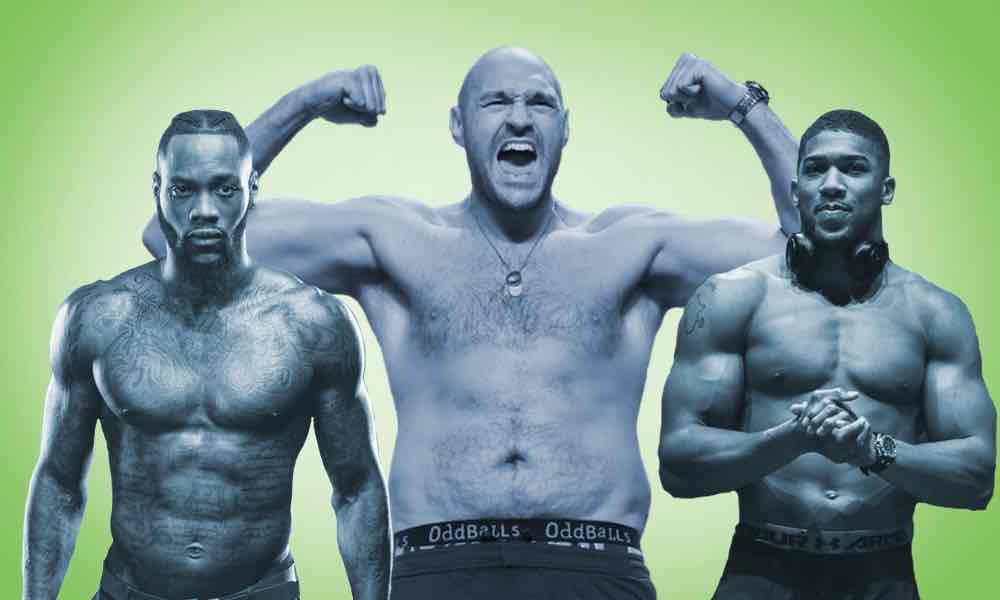 The Big Three – Wilder, Joshua and Fury – have been seen as the impregnable force in the marquee division, with the mid-year bouts viewed as mere warm-ups for bigger nights and a possible unification of the belts. However, as Fury closed the proceedings with his trademark sing-a-long, it was, in Fury’s words, “a little fat fella from California”, who dramatically changed the heavyweight landscape.

While Wilder and Fury demolished their respective opponents in under two rounds, it was the performance of Ruiz that caused the biggest upset in heavyweight history since Buster Douglas knocked out Mike Tyson. The shock of Ruiz’s performance was only matched by how badly Joshua fought on the night.

From before the first bell there seemed a tenseness about the champion, a view reinforced by the number of times his trainer, Rob McCracken, told him to relax throughout the fight. Surprisingly for a man with a 10 cm height and 20 cm reach disadvantage it was Ruiz who dominated the centre of the ring. Despite the urges of his corner, Joshua failed to use his height and reach to his advantage. The jab was ineffective, and his right hand was so loaded and tight that he struggled to let it go. But credit to Ruiz, he boxed a smarter fight, used his fast hands, got through with his own long punches, and was punishing to the body. The left-hook was the best weapon in his arsenal and was the punch that changed the fight. 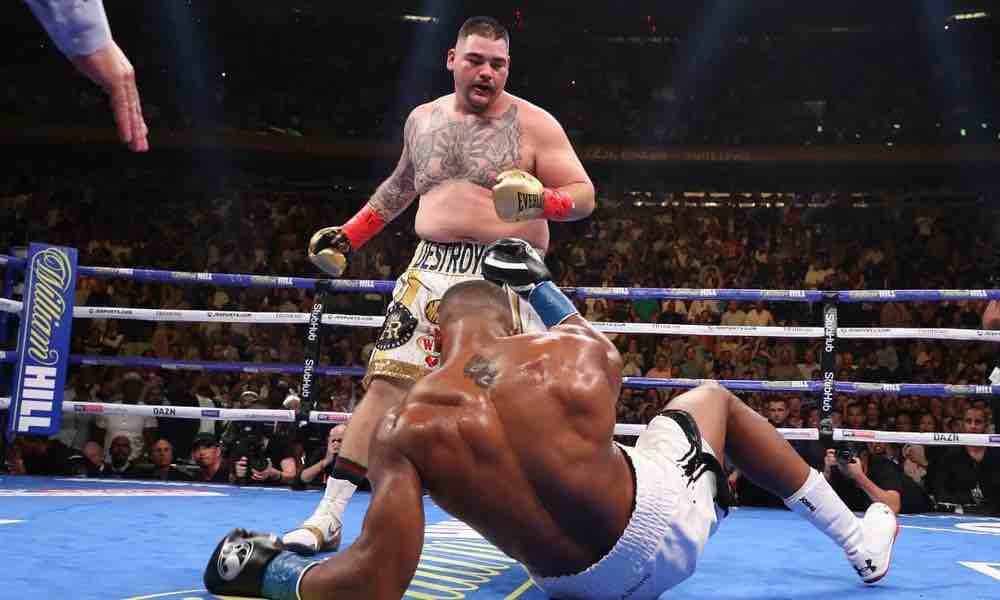 When Ruiz dropped Joshua twice in the third the champion’s fight was over and his skills deserted him – even the basics. McCracken pleaded for him to keep his hands up, use his jab, throw left-right combinations, get up on the balls of his feet and get busy. But when Ruiz dropped him again in the seventh he looked and acted like a beaten man. He stood dejected in the corner, hands on the ropes, showing no interest or desire to continue – it was a  No Masmoment – and no morewas the view of referee Mike Griffin as he stopped the contest, making Andy Ruiz Jr the first fighter of Mexican origin to be crowned a world heavyweight champion.

Joshua’s ascent to the pinnacle of boxing has been rapid – IBF Champion after only 16 professional fights and Unified Champion three fights later when he beat Vladimir Klitschko. A remarkable achievement considering he didn’t lace up a pair of gloves until he was 18 years old. It can only be hoped that his fall from grace is not so quick, for Anthony Joshua is good for boxing. From an errant youth to Olympic Gold Medallist to Heavyweight Champion of the World, he’s a good role model and a marketer’s dream. Joshua is big business, and sponsors, promoters and anyone else with a vested interest will be hoping that his demise at The Garden was just a bad day at the office.

Tyson Fury by contrast, was full of energy against Tom Schwarz at the MGM Grand in Las Vegas – from the ring walk, dazzling red, white and blue trunks with matching top hat, to his rendition of American Pie, he was part Apollo Creed, part Hugh Jackman – he was The Showman. “I came to have fun,” he said later. 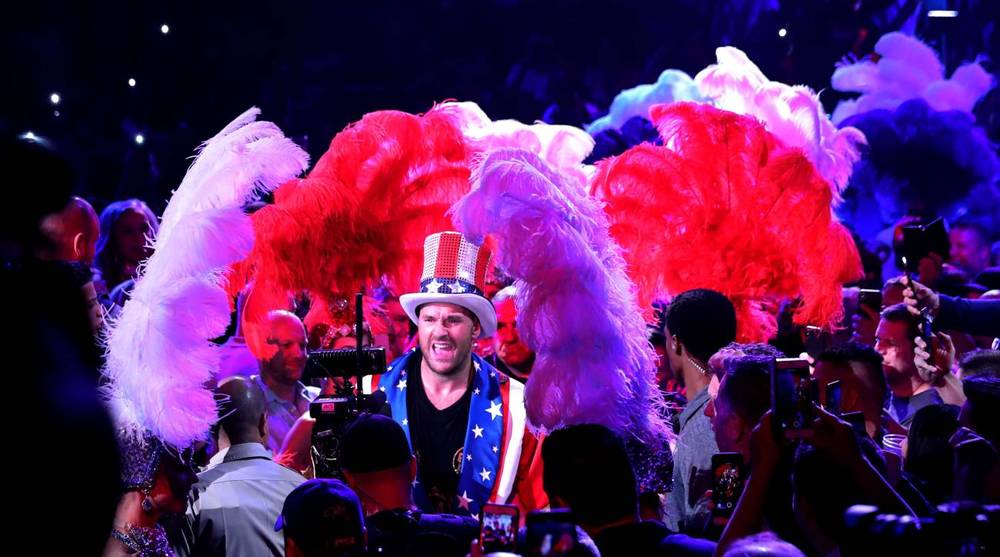 So, what’s next for the division? Wilder has already announced that he will face Luis Ortiz, stating on Twitter: “I have signed for a rematch, with the date and site to be announced shortly. All my controversial fights must get dealt with ASAP!!”. A reference to the first fight where Ortiz had him in trouble in the eighth before Wilder stopped him in the tenth. The statement suggests that he has loose ends to tie up, but Ortiz should give him a longer night than Breazeale, and will enter the ring confident that he’s hurt the WBC Champion before and capable of doing it again.

Fury, meanwhile spoke of a contest in September or October, although no names were put forward, Jarrell Miller, who’s failed drug test ruled him out of the Joshua fight, will have finished his suspension and should provide a stiffer test than Schwarz.

Despite the advice being offered by pundits, fellow professionals and boxing sages, Anthony Joshua has triggered the Ruiz rematch clause. Joshua’s promoter, Eddie Hearn, said: “After meetings with AJ, Rob McCracken and the management team in New York, we have today triggered the contracted rematch clause with Andy Ruiz Jr. The fight will take place in November or December at a venue to be confirmed shortly.

Rival promoter, Frank Warren, however doesn’t believe it’s the right call for Joshua, telling BBC 5 Live’s Sportsweek: “I do have my doubts. I don’t think he should take the rematch. Maybe he should take some time out and regroup, I don’t know. That’s his decision. But he’ll be fighting a guy who next time will have more than five weeks’ notice and go into a proper training camp. He’s taken Joshua’s best shot and he knows he has the punching power to do damage.” 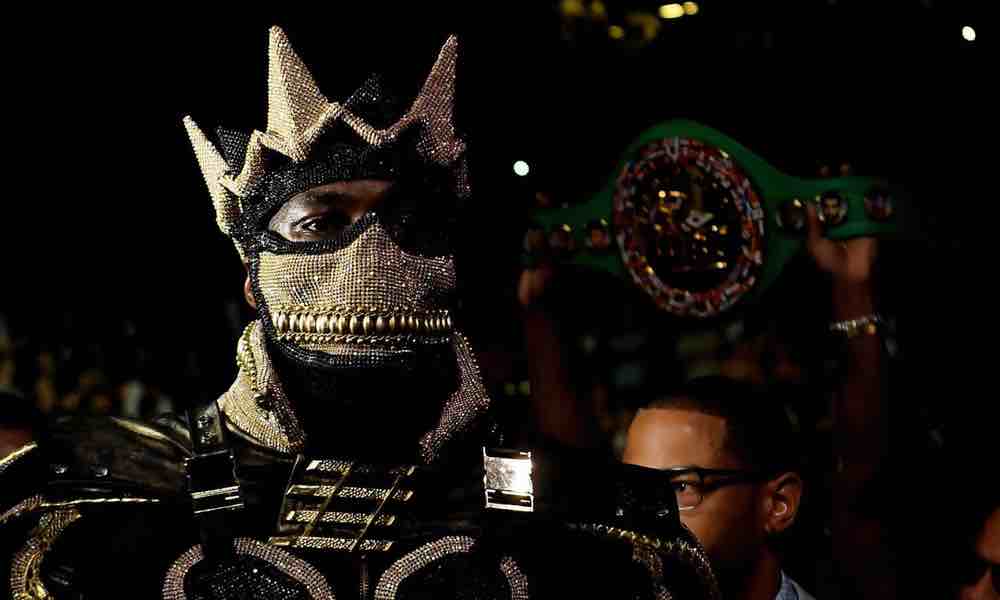 Deontay Wilder enters the ring prior to fighting Dominic Breazeale

Regardless of whether the rematch goes ahead and whatever the outcome, Tyson Fury has already written off both Joshua and Ruiz. “There were three horses and now there is only two,” he said at the post-fight press conference, implying that Joshua was no longer in the race, before adding that both he and Wilder would beat Ruiz comfortably.

As for Joshua, he needs to win the rematch without question, a second defeat would leave him with some hard choices about his future in the fight game. But to write him off would be utter folly. Fury on the other hand is a man at the top of his game, throughout the press-conference he exuded confidence and self-belief. If he and Wilder can get through their next bouts, it sets them up for possibly one of the most enthralling contests of their generation.

A Wilder versus Fury rematch is a mouth-watering prospect. Two un-defeated champions who were born to fight – Wilder’s power and ferocity against Fury’s skills and ringcraft. Fury believes he won the drawn first fight. “I’ve already beaten him once and I’ll beat him again, and again, and again,” he claimed excitedly. Confident that not only will he be fitter than in the first fight, but that he was the psychological edge knowing that he took Wilder’s best shots. The right-hand, left-hook combination that dropped the 206 cm tall Fury in the twelfth were technically perfect and sickeningly brutal. Punches so devastating that before Fury’s head had hit the canvas Wilder was heading for the neutral corner while drawing his glove across his neck in a chilling cut-throat gesture. To watch Fury drag himself off the canvas, not only to survive the round, but finish it the stronger, will be etched in the annals of boxing folklore for generations to come. 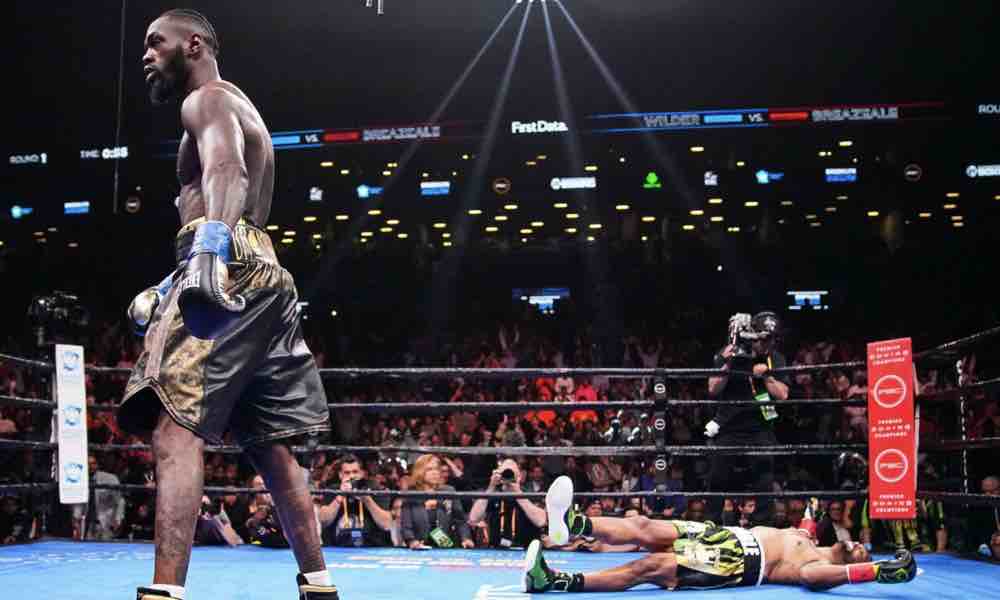 Deontay Wilder knocks out Breazeale in one round

Wilder-Fury 2 will be a contest of seismic proportions both in and out of the ring, with veteran promoter Bob Arum lobbying for the fight to take place sooner rather than later, telling Helen Yee: “I felt I needed two fights with Tyson Fury in order to really have the public take a look at him and realise what a phenomenal athlete and entertainer he is, but because ESPN did such a magnificent job in helping us promote the Schwarz fight, maybe we can go right now into a Wilder fight…I feel maybe we should stop fooling around with interim fights, where we saw with the Joshua-Ruiz fight, anything can happen.

After a mediocre start, 2019 looks set to usher in the dawn of a new golden age of heavyweight boxing. Wilder, Ruiz, Fury and Joshua are all relatively young men, and if boxing politics and the television networks, can work with them, they should be set for a series of superfights that will ignite the top division, and crown the first undisputed heavyweight champion for nearly two decades. Without a doubt there’s exciting times ahead for the heavyweight scene, so, in the words of the legendary referee, Mills Lane, “Let’s get it on!”