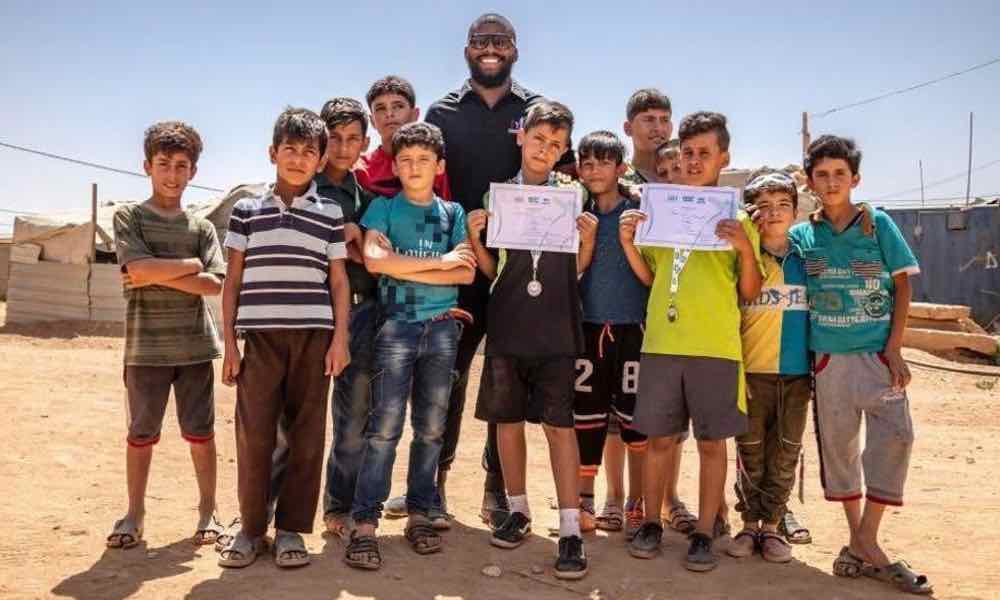 On Saturday, November 28th, former 2-Division World Champion Badou Jack “The Ripper” will be back in action on the Mike Tyson vs Roy Jones PPV event at the Staples Center in Los Angeles, CA.

“This fight isn’t about titles or championships” Jack stated.  “I’m dedicating this fight to all of the children in need around the world and am donating all of the proceeds to my organization, the Badou Jack Foundation”

“I have a responsibility to help as many people as I can.  More than boxing, I want to be known as someone that helped others in need.” Jack said.

Jack’s Business Manager Amer Abdallah who has accompanied him on his overseas trips added, “As ferocious as he is in the ring, Badou is equally as caring outside of it. He’s an amazing ambassador to boxing and to Muslims across the globe. Immediately after each fight, he visits the Refugee Camps and genuinely loves spending time with the children there.”