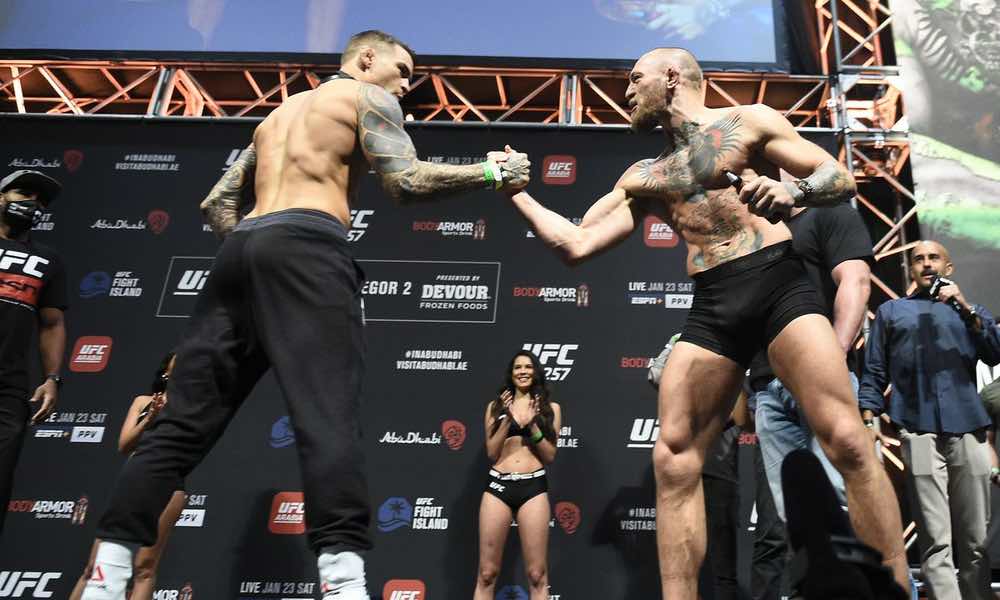 Las Vegas & Abu Dhabi – UFC, the world’s premier mixed martial arts organization, and the Department of Culture and Tourism – Abu Dhabi (DCT Abu Dhabi) today announced that UFC will return to the UAE capital for a series of thrilling events that will be headlined by UFC 267 on Saturday, October 30.

The return of Abu Dhabi Showdown Week, a series of events set to run alongside UFC 267, will feature city-wide activations including fan events, fitness showcases and much more. Fans are encouraged to sign up at the Visit Abu Dhabi website to register their interest in UFC 267 and the surrounding fan events to be the first to find out about tickets going on sale, event news and to receive special offers.

This second edition of Abu Dhabi Showdown Week comes as part of the groundbreaking five-year partnership forged by UFC and DCT Abu Dhabi that will bring championship UFC events to Abu Dhabi until 2023. The inaugural Abu Dhabi Showdown Week was held in September 2019 and culminated with the thrilling UFC 242: KHABIB vs. POIRIER in front of a sold-out crowd of over 14,000 fans on Yas island. Abu Dhabi went on to cement its position as the international fight capital of the world and further strengthen its partnership with UFC by becoming the official home of UFC Fight Island, the mixed martial arts event series that became a phenomenon and captured the imagination of the sports world. A total of three installments of the UFC Fight Island series have been held on Yas Island in Abu Dhabi since July 2020, allowing for UFC athletes from all around the world to compete in a safe and secure environment during the pandemic.

As Abu Dhabi gradually reopens to welcome tourists once again, UFC will be able to return to the Emirate, allowing fans to witness the thrill of a live event at the state-of-the-art Etihad Arena. The event will provide fans with the opportunity to once again get up close to their favourite athletes during Abu Dhabi Showdown Week.

“We are going back to Abu Dhabi in October,” said UFC President Dana White. “Abu Dhabi is incredible – I love that place and the people. I have been talking about all of the things we are working on. I plan on getting all the deals buttoned up this summer. I can’t wait to go back and share everything we are working on together.”

“This is indeed a truly special milestone for Abu Dhabi and yet another indication of the strength of our partnership with UFC, as well as Abu Dhabi’s readiness to host momentous sporting events,” said HE Ali Hassan Al Shaiba, Executive Director, Tourism and Marketing, at DCT Abu Dhabi. “Following the success of the previous Fight Island editions, the ultimate goal was always to bring back fans, and with hard work, collaboration and coordination across Abu Dhabi government entities, public and private sectors and our UFC partners, we will be able to achieve this once again, allowing fans to experience the thrill of live events once again in a safe and secure environment, which remains our utmost priority.”

UFC 267 will be shown live via global broadcasters across the world. In the UAE and throughout the rest of the Middle East and North Africa, UFC content is broadcast on Abu Dhabi Sports and streamed on UFC Arabia, UFC’s first Arabic-language streaming subscription service in the region. Further event and ticket information will be released in due course.