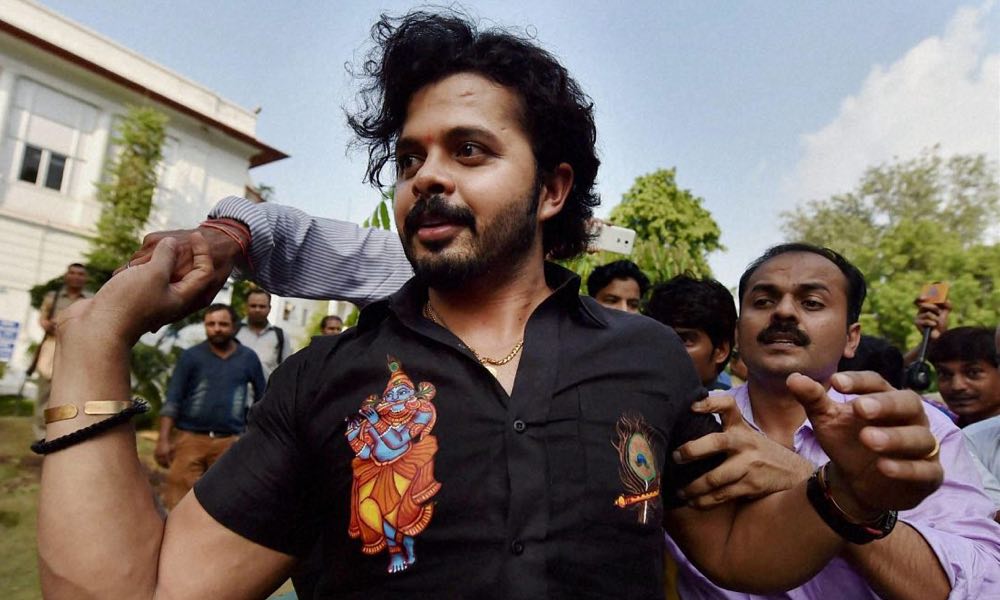 Talent was never a problem for Sreesanth. But he was allegedly found to have been involved in spot-fixing in 2013 during the Indian Premier League and was immediately banned for life by the Board of Control for Cricket in India (BCCI). But with the Kerala High Court on Monday revoking the ban, the pacer hopes to be a part of the Indian team which will play the 2019 World Cup in England.

“It will always be harder. My dream is to play 2019 World Cup for India. But I know it is next to impossible and it would be a miracle if I play in that World Cup. But I have always believed that miracles can happen.” Said Sreesanth

“There might be stiff competition for fast bowlers’ spot now. But there was competition even when I made my way into the Indian team. I have always felt that competition gets the best out of me.”

“I just hope that I can do justice to my talent on my comeback. There was always a question of Sreesanth not being focused enough. All I can say is that I was always focused. I have learnt a lot from my past experience. I just pray and hope that I get an opportunity to show the world I am good enough and can clock 140kmph yet. It is a matter of me staying away from injury,” he told TOI.
On Monday, the Kerala HC said: “No materials or evidence before the disciplinary committee to conclude that Sreesanth was guilty of the violation of the anti-corruption code formulated by the BCCI. They relied on circumstantial evidence. The disciplinary committee ought to have been careful in analyzing evidence especially when the deal itself had failed to work.

“BCCI’s effort’s to weed out corruption and to uphold the dignity of the game while need to be emphasized but that should not be in a way by over zealously reacting to it. It must be remembered that in every disciplinary action related to a player of national repute, the player suffers his repute and confidence which he built through hard-work. It is the duty of BCCI to safeguard such interest of the player without compromising purity and integrity of the game.”

But the road ahead is tough as speaking to CricketNext, BCCI’s acting president CK Khanna said that the board would look into the matter and take appropriate action after consulting its legal team.

“We have asked our legal team to look into the order and give us their opinion and after that we will place it in front of the appropriate panel,” Khanna said.

Speaking exclusively to CNN-News18 after the developments Sreesanth said that he is very happy and proud at the verdict.

“I had a lot of support from people; I want to thank all of them. I am very happy and proud that the court has lifted the ban. I am only 34, so hope can play for at least 6 years. I hope to be back soon. The next step is to play for the Kerala Ranji team at the earliest. I will have to start from the scratch. Thanks to all those who prayed for me,” an elated Sreesanth said.