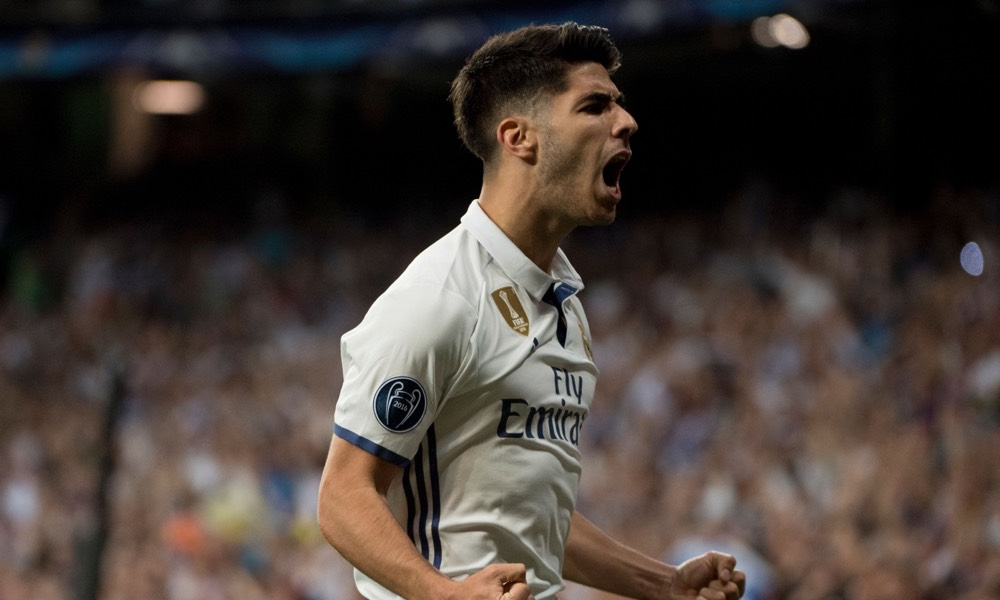 The Real winger scored in both legs against Barcelona in the Spanish Super Cup with two fantastic strikes from distance.

Asensio has become the hottest property in Spain having been linked in the past with Liverpool and Arsenal.

The 21-year-old burst onto the scene at the end of last season thanks to an injury to Gareth Bale and has continued to impress in the new campaign.

In a further bid to scare off any potential suitors, Real will insert a £458.6m (€500m) release clause into Asensio’s contract.

That figure would seem to end any hope of a club meeting that figure, but no one thought Neymar’s £198m release clause was feasible until Paris Saint-Germain forked out the world-record fee.

Transfer fees are soaring and Real will hope Asensio’s new release clause will certainly be a big enough deterrent for potential bidders until 2023.

Real may have another gem in their ranks, but ZinedineZidane refused to go crazy over his player’s superb strike against Barcelona in the second leg.

He said: ‘I enjoyed Marco’s goal, as I like football, and with a goal like this, I can only be impressed, like everyone who enjoys football.’