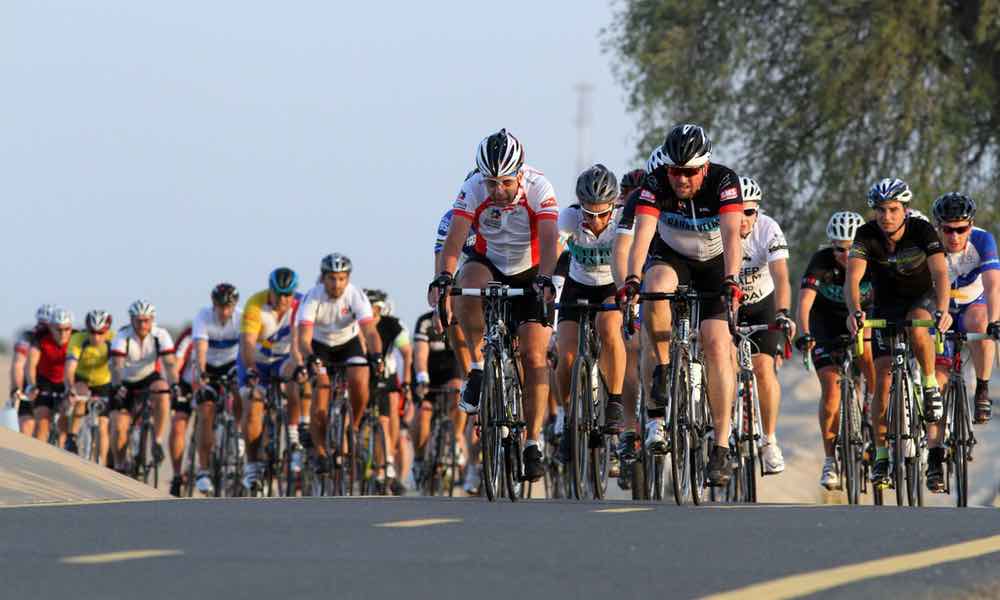 In line with the local government guidelines and increased restrictions, the organisers of the Spinneys Dubai 92 CycleChallenge announce that the final Build-Up Ride of 85km will be pushed back from its original date of 12 February to March, with the exact date yet to be announced.

Cyclists can stillsign up for the fourthBuild-Up Ride, ahead of the legendary race, which will take placeat the stunning purpose-built Al Qudra Cycle Track in Dubai.

The Build-Up Rides are a popular component of the challenge- a festival on two wheels consisting of Build-Up Ridesof increasing distance that culminates in the Spinneys Dubai 92 CycleChallenge on March 25-26.

Almost 500cyclists took part in the thirdBuild-Up Ride of 65km on 22 January, which saw clear skies and great weather.The Build-Up Rides are a fantastic way for riders to fine tune their endurance and test their readiness, and also help organisers determine starting positions on race day. Riders who signed up to the DUBAI BIG5 also have their timings displayed on a leaderboard of accumulated times from all rides.

Stewart Howison, Race Director, said: “Originally planned for 12 February, the final Build-Up Ride will now take place in March in line with safety measures relating to the current pandemic. The three previous Build-Up Rides have been a huge success. It’s been wonderful to see how friendships have been made and riders have become stronger and more confident since the first event back in November. The fourth andfinalBuild-Up Ride of 85km is the perfect distance to prepare mentally and physically for the92kmrace at the end of March.”

All events are held in a COVID-19 safe environment to assure the safety and wellbeing of participants.

Held under the auspices of the Dubai Sports Council and in partnership with Spinneys and Dubai 92, the challenge is one of the Middle East’s premium sporting races, regularly attracting thousands of riders from all over the world. The event celebrated its 10th anniversary in 2019 with 1,500 cyclists taking part in three build-up rides and 2,500 competing in the final race.