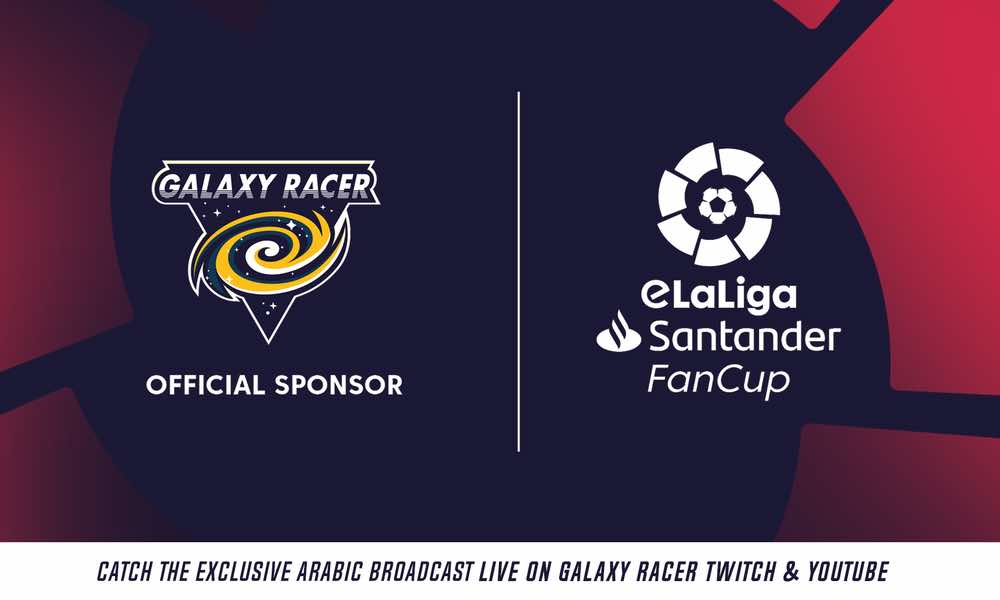 Galaxy Racer, a Dubai-based eSports organization, is proud to announce its partnership with eLaliga Santander Fan Cup for this ongoing season. eLaLiga is the official virtual competition of La Liga Santander, the top professional football division of the Spanish league system.

The partnership is the first time a Dubai-based eSports organization will team up with a significant worldwide FIFA event, adding to Dubai’s well-known reputation of holding titles of many firsts.

Forward-thinking initiatives by the Dubai government, such as the 10X, has allowed Galaxy Racer to stay ahead. It was launched in 2017 by His Highness Sheikh Mohammed bin Rashid Al Maktoum, the Vice President and Prime Minister of the UAE and Ruler of Dubai and is being led by the Dubai Future Foundation. The initiative helps ensure Dubai progresses 10 years ahead of time.

The 10X initiative has been a massive helping hand in the rapid growth of Galaxy Racer, since the organization was founded in early 2020. They were also an official partner to GXR’s Girl Gamer Dubai Festival, which is the largest eSports tournament dedicated specifically to women.

This partnership will aim to boost Galaxy Racer’s global eSports positioning to benefit and foster the international ecosystem while also exposing competition to its massive audience reach, which is over 50 million followers. In addition to this partnership, Galaxy Racer is also pleased to share that it will exclusively broadcast the event right from the heart of Dubai in Arabic across all its social media platforms.

The tournament will broadcast internationally on eLaLiga’s official Twitch and YouTube channels, while Galaxy Racer channels will exclusively broadcast in Arabic. The regional stages will roll out on the 30th of January, where each country will battle it out in hopes to reserve their place in Madrid for the grand finals, which will begin on the 8th of May.

All production and crew members of the broadcast team will take the necessary precautions against Covid-19, including wearing masks and social distancing.

Gaming has become the most viewed and profitable form of worldwide entertainment and the Middle East is home to 14% of the world’s gamers. Dubai’s path of economic diversification and welcoming careers of the future has dramatically benefitted Galaxy Racer in becoming the leading eSports organization in the Middle East.

eLaLiga’s Alvaro Mena commented on this partnership: “It’s amazing to see that the Middle East has such a large fanbase when it comes to not only gaming but the amount of viewership it holds worldwide on gaming platforms. It’s an honor to partner up with Galaxy Racer Esports for eLaliga as we know some of the biggest FIFA fans come from their home base.”

Galaxy Racer also hosted the first-ever inter-school esports FIFA 20 tournament in the Middle East in 2020 with a striking prize pool of AED255,000 which was granted as scholarships to the winners. This tournament contributed to Dubai’s vision of implementing future technology, especially to the younger generation, and setting Dubai’s youth to explore different career paths while also partaking in responsible gaming.