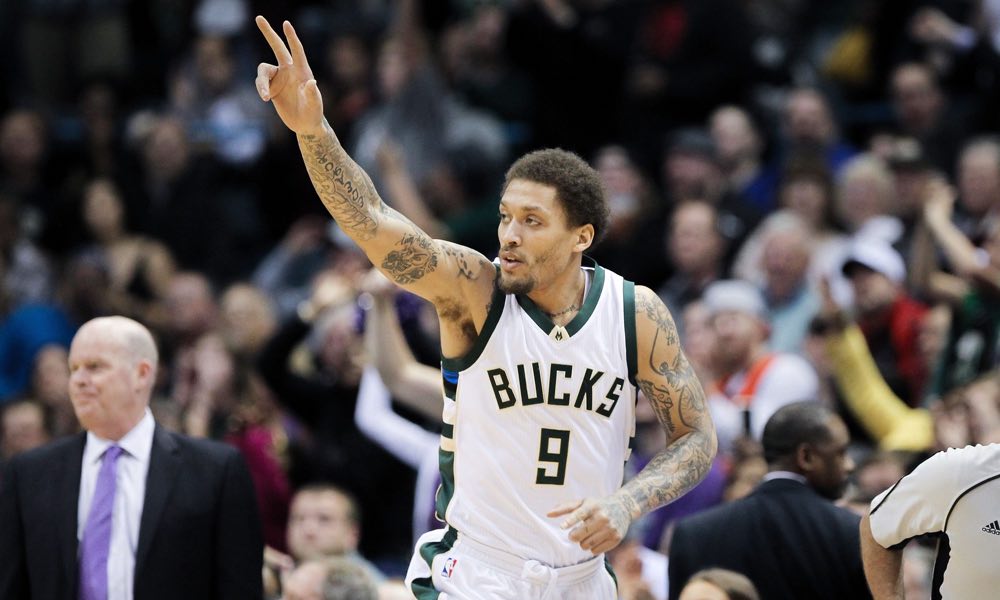 Michael Beasley is hardly lacking bragadoccio these days. He calls himself “a walking bucket’’ and thinks he’ll score a lot of them at Madison Square Garden because he’s “always done well with pressure.’’

Beasley, a 6-foot-9 forward, signed with the Knicks on a one-year deal last week for the veteran’s minimum, possibly as Carmelo Anthony’s replacement. He hasn’t had the career befitting a No. 2 pick but blames it on playing time not commensurate with his production.

The former Kansas State sensation is tired of not sticking up for himself. Beasley told The New York Post he doesn’t get nearly the credit he deserves and feels defenders are “scared’’ facing him 1-on-1. Last season in Milwaukee, Beasley averaged 9.6 points in 16.7 minutes.

“I’ll bring what they saw in college,’’ Beasley told The New York Post “I just need the opportunity to show that. Look at my nine-year career, I’ve always been close to a point a minute. I’ve always been a walking bucket. Nobody can stop me, hasn’t stopped me my last nine years. Every time I’ve touched the ball, the defender’s scared. I’m at the point of my career I’m just tired of not getting the acknowledgement of being who I am.

“I’ve always been the quiet, not-stand-up-for-myself-kind-of-guy. Not being disrespectful. But I want my respect. For the last nine years, I’ve been a walking bucket, man. Anytime you want a point, I’ll give you a point, no matter what the circumstances, who the player is defending me.’’

The Knicks are his sixth NBA team after drafted by Miami in 2008 following his Kansas State freshman season when he averaged 26.2 points and 12.4 rebounds. Beasley’s NBA career average is 12.6 points in 23 minutes.

A series of marijuana incidents and being scrutinized under the lens of a No. 2 pick, Beasley suggests, has prevented the 28-year-old old from getting his due on the court.

Hailing from Washington D.C., Beasley has known Anthony, the Baltimore-product, since he was 12 years old. They’ve spoken plenty across his career but not now. Anthony and the Knicks are mutually seeking a divorce by the season opener. Beasley is afraid to reach out.

If Anthony is traded for future assets, Beasley’s scoring role skyrockets because the Knicks will sorely lack proven offense. They already miss Derrick Rose, who averaged 18 points per game last season and signed with the Cavaliers.

Beasley didn’t want to return to the Bucks, he said, because of playing-time issues under coach Jason Kidd. His minutes per game was second-lowest of his career.