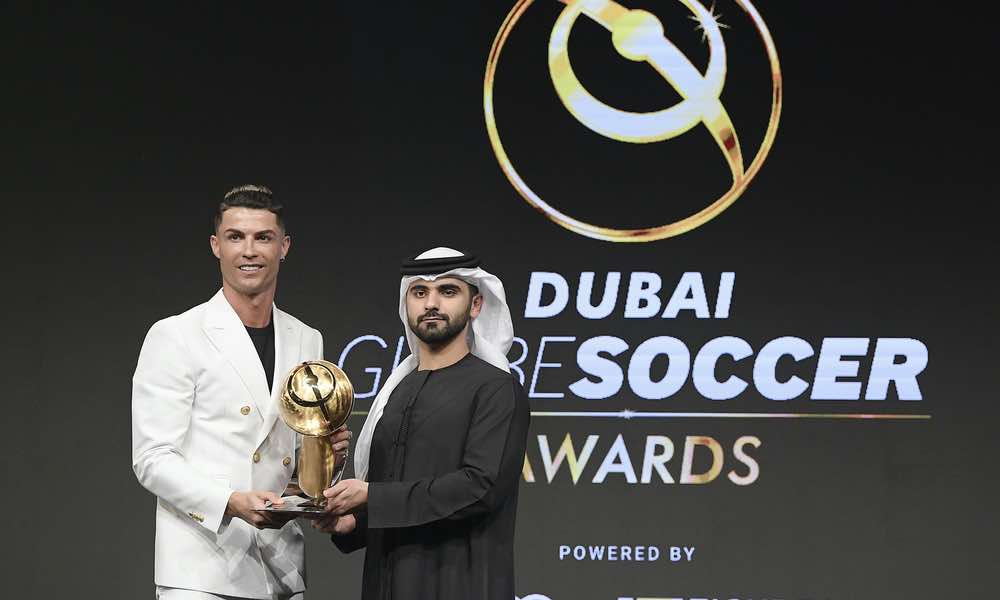 The Dubai International Sports Conference, which hosted over 200 speakers since its first edition, will once again welcome some of the football’s most prominent international players; while the Globe Soccer Awards, which recognised more than 100 winners who have shown outstanding performances in the game, will present new categories this year.

In light of the global impact of Covid-19, this year’s Dubai Globe Soccer Awards will be a special edition, highlighting 2020’s top talent alongside legendary players, clubs and agents from the past 20 years. For the first time, four of the awards will consider the seasons contested by the nominees between 2001 and 2020 in a unique series that celebrates the Best of the Century.

The Dubai Globe Soccer Awards will be broadcast live via satellite and live streaming all over the world.

The eight categories in contention this year are as follows:

Tommaso Bendoni, CEO of Dubai Globe Soccer has announced, “This special edition is dedicated to all the protagonists in football who exposed themselves to the risk of the virus, gave up their vacations and rest in order to play every three days, travelled all around the world in order to offer millions of people a few moments of distraction.”

“Dubai could not miss this event in the most difficult and complicated season. The 2020 edition is a way to show our appreciation and celebrate everyone in football who remained at the frontline and have done extraordinary job. This is also our way to celebrate the new year 2021, which will give us hope – thanks to the vaccine that will be available soon!” 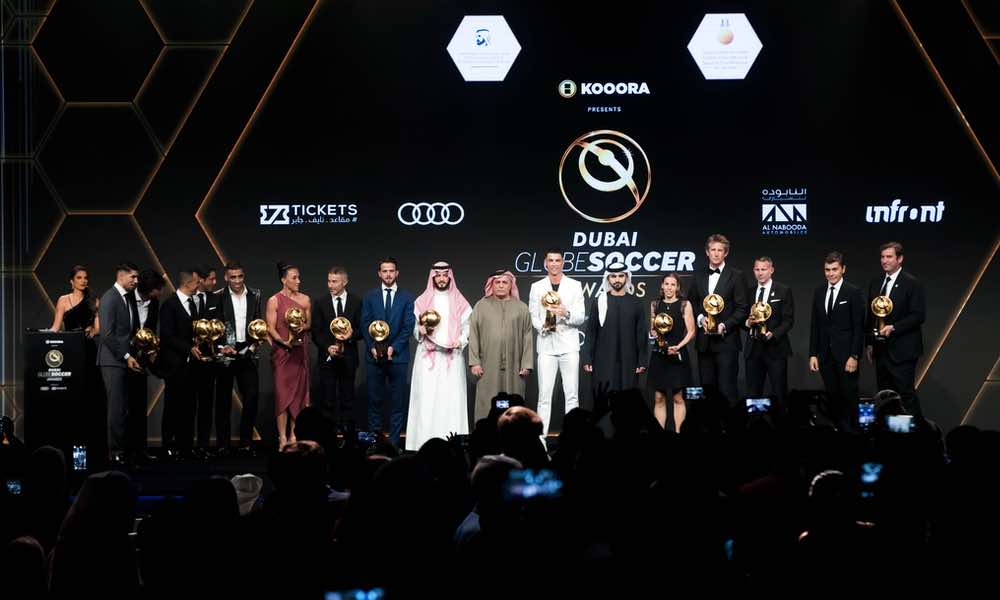 “All of these will not be possible without the support of our partners. We thank the sensibility and love that the UAE and the Dubai Sports Council have demonstrated to this sport. Our collaboration will continue in light of the EXPO in 2021 where the Globe Soccer Awards will have the greatest celebration ever.”

“For the first time, we will allow fans from all over the world to be involved and choose their favourite players. We will also award the best of the best in the football industry for the last 20 years.”

Nominees and eventual winners will be chosen by the fans and the Globe Soccer Jury, a panel of leading industry experts.

In an unprecedented step for the Awards, the first shortlist will be entirely decided by the fans. The public can vote through vote.globesoccer.com from today for their favourite nominee in each category, with the finalists being announced in early December. Voting will take place on Globe Soccer’s website, on the new event title sponsor TikTok, as well as via our media partners platform such as Kooora in the Arab region. More information about this will be shared via our social media channels in the coming days.

The first 20 years of the 21st century have seen incredible development and amazing drama on the international stage of football. This year Globe Soccer made the decision to showcase many of the personalities and organisations that have been part of this remarkable achievement.

Shortlisted in the category of Player of the Century 2001-2020 are an extraordinary array of over 25 international names including British legend David Beckham, Lionel Messi, Neymar, Cristiano Ronaldo and Mohamed Salah. The equally illustrious names of Didier Deschamps, Alex Ferguson and Josep Guardiola, all stalwarts of the game, stand out in the competition for Coach of the Century 2001-2020. Joining them in this stellar group is one of the most outstanding managers of all time, José Mourinho, who is in good company with other giants of the game such as Carlo Ancelotti and current manager of Real Madrid, Zinedine Zidane.

In this most unusual year, sport, and in particular football, has played a big role in keeping people’s spirits up. This is why Globe Soccer decided to not only name Best Player of the Year for 2020, but also to give accolades to Best Coach and Best Club.

Some of the sport’s most famous stars are up for the Player of the Year 2020 award again this year, including Robert Lewandowski, Cristiano Ronaldo, Lionel Messi and Karim Benzema. Meanwhile the Club of the Year 2020 award is once again up for grabs with six international clubs including Liverpool, Real Madrid and Paris Saint-Germain in the mix. And there is just as much eager anticipation for the naming of Coach of the Year 2020, which sees Jurgen Klopp looking to defend last year’s win. Klopp is already renowned for winning the UEFA Champions League, the UEFA Super Cup and the FIFA Club World Cup as manager of Liverpool.