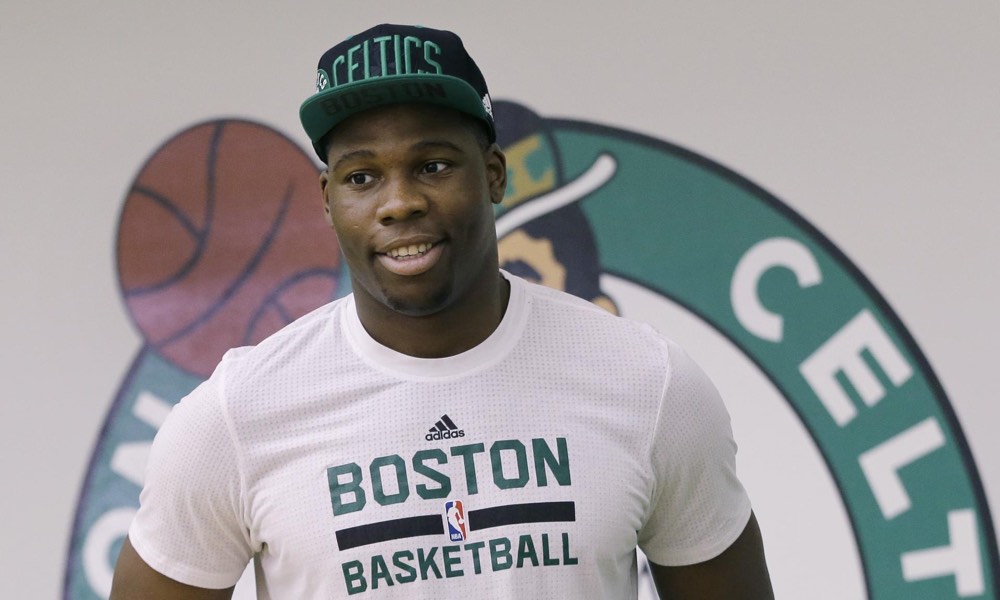 Celtics rookie Guerschon Yabusele said he is “feeling great” as he continues to recover from May surgery to remove bone spurs from his ankles. Yabusele has yet to go full-speed in an on-court workout, but he has almost reached that point.

“I’ve been running a little bit and doing some bike stuff and just keeping my ankle moving,” Yabusele said Thursday. “But I’m ready to go.”

The Celtics selected Yabusele with the 16th pick of the 2016 draft. The burly 6-foot-9-inch Frenchman played for the Shanghai Sharks in the Chinese Basketball Association last season before ending the year with the Maine Red Claws.

He was expected to have a primary role for the Celtics’ summer league team this year before the ankle surgeries sidelined him.

“I had to still walk and do some stuff on my ankle to keep the motion moving and then have increased the mobility, too,” Yabusele said. “But yeah, most of the part was like relax and not be on the court and shooting. So it was tough, but I have to become stronger.”

Yabusele, who signed his rookie deal with the Celtics in July, said several of the team’s younger players are planning to arrive in Boston this weekend and will work out together at the training facility Monday.

Celtics co-owner Steve Pagliuca said that Paul Pierce’s No. 34 will be retired this upcoming season.

Pierce’s 34 will be the 22nd number to hang in the rafters at TD Garden. The Celtics will soon announce the date of the ceremony.

Pierce was traded to the Nets in 2013 as part of the massive deal that netted Boston four future first-round draft picks, two of which have been used on potential rising stars Jaylen Brown and Jayson Tatum.

Pagliuca, Yabusele, and rookie forward Abdel Nader hosted children from the Massachusetts Society for the Prevention of Cruelty to Children at Canobie Lake Park Thursday.

“I’m just here to put some smiles on their faces,” Yabusele said.

The Celtics reps joined the children on rides before having lunch and watching a concert with them. It is the fifth consecutive year the Celtics’ Shamrock Foundation has put on this event.

“One of the kids last year said after the event that this is the greatest day of his life,” Pagliuca said. “That’s why we keep coming back.”

Pagliuca traveled to Johannesburg to be part of the Aug. 5 NBA Africa exhibition. He spent time with Brown, who played in the game there.

Pagliuca said he was impressed when the second-year forward all but demanded to play on Boston’s summer league team because he still has so much to prove and improve. In the exhibition in South Africa, Brown’s competitive fire was on display once more.

“He played that game like it was the seventh game of the Finals,” Pagliuca said with a chuckle.