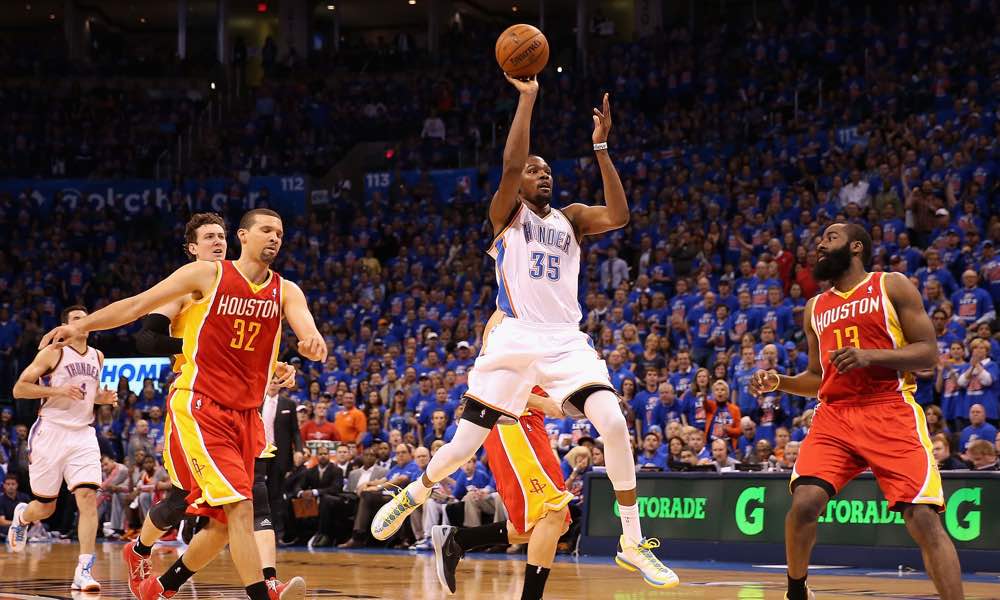 Golden State Warriors forward Kevin Durant isn’t surprised by the developments of Kyrie Irving wanting out of Cleveland, and out of the shadows of LeBron James.

Trade requests occur routinely behind the scenes without anyone knowing, Durant said  to ESPN.

James and Irving haven’t communicated since the request was made in July. Two alpha males on the same team not getting along isn’t new territory. The Cavaliers seek young assets in return for Irving, but newly hired general manager Koby Altman will be patient and is willing to extend the asset search into the regular season.

t would be an awkward, circus-like training camp if Irving isn’t moved by then, but Durant is adamant that the two stars would eventually work it out.

“It’s not the end of the world,” Durant said. “Both of those guys won a championship together. They love each other. If Kyrie wants to do something else, that’s on him. I’m sure whatever happens, it’ll work out for the best for both of them. But it’s just a normal NBA problem. It’s just two big stars that it’s happening to.”

Durant is a few days removed from playing pickup games in New York with James, Carmelo Anthony, among others NBA players. James flew in from Cleveland and Durant made the trip from the Maryland-area.

He downplayed the star-studded exhibition, saying it was just guys getting together to play basketball.