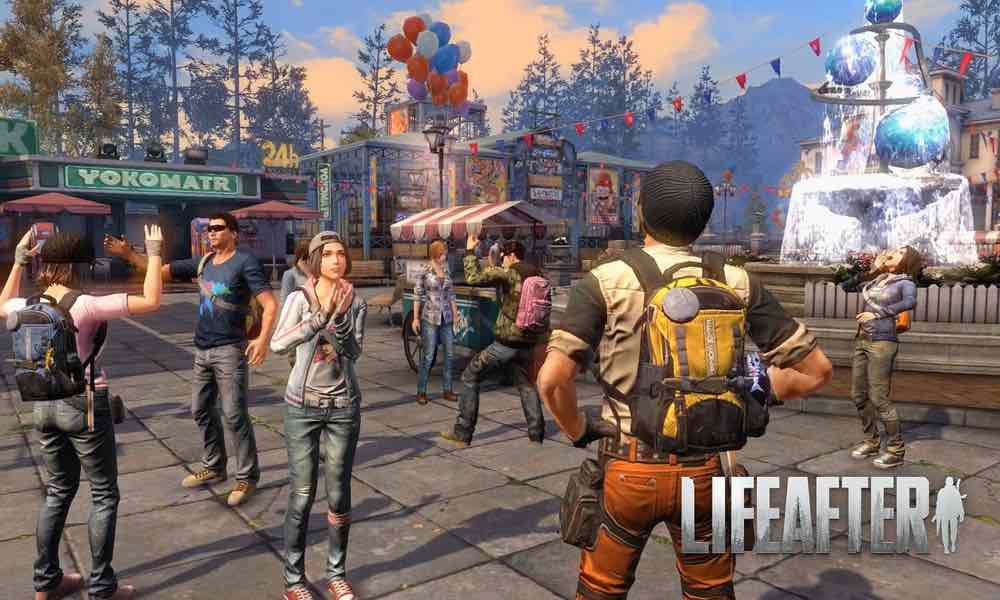 NetEase Games’ s Open World Doomsday Survival Game LifeAfter (iOS/Android/PC) sees the launch of its latest mode “Shelter Land” on February 8. This is the game’s first major cross-server gameplay season and a huge map with seven massive ‘shelters’ are waiting for players to explore freely. Get ready for ferocious daily clashes from February 8 to 10, as survivors battle it out in knockout matches for the honor of their server!

With nearly 200 million downloads worldwide, LifeAfter features a vast and perilous open-world with real seasons, weather events, fierce Infected, and harsh living conditions. Players need to work with others to survive using the limited resources available. It was dubbed the Most Competitive Game of 2019 by Google Play.

Elite Camps Clash! Servers’ Honor on the Line!
10 invited Camps from the final 16 of the Charles Town Clash will be selected to join the SL Showdown, a cross-server battle to end all battles. Up to 4 servers will be divided into 1 Combat Zone. There will be 40 Camps in each Combat Zone with 5 ultimate winners earning the right to control the remaining Shelter Lands. Each Shelter Land will be contested by up to 8 Camps.

From February 8 to 10, a round of knockout matches for each Shelter Land will take place daily, 8 to 4, 4 to 2, and finally 2 to 1, with the victor taking command of the Shelter Land.

Prepare for the Final Battle
During the 3-day knockout matches, two opposing camps will occupy each side an instanced battle map and earn battle points by killing the opposing players and occupying strongholds. The first Camp to reach the required number of battle points wins.

A world boss will appear daily at 11:00 a.m. Players of a server must work together to bring it down. The top 4 servers that defeat the boss in the fastest time can win helicopters for the Camp that represents their server in the SL Showdown, giving them an advantage in the occupation battles.

During the preparation period from 12:00 to 19:30, the participating Camps can enter the battle map and begin to spend Construction Points on infrastructure within their occupied territory. At 20:00, the showdown will begin. Both sides need to attack at full strength to gain more combat points. Combat points are earned by killing opposing players, or by destroying their base console. There are also 14 strongholds on the map for players to capture. Camps gain combat points every minute based on the number of strongholds currently captured by both sides. Strongholds can change hands at any time, and players need to be on their guard. Some time into a match, additional opportunities to earn combat points will appear.

Occupy Shelter Lands, Protect Fellow Survivors
After three rounds of elimination, the final occupiers of the remaining five Shelter Land will be determined. Occupiers can move their Camps into the Shelter Lands. Each Shelter Land comes with a unique landscape, special supplies, and camp honors.

The unique weather and terrain of each Shelter Land result in different plants and animals exclusive to that climate. In the Snowfield Shelter Land, players can gather precious matsutake and encounter leisurely yaks. Sand Shelter Land is a treasure trove for wild strawberries found along the banks of the oasis, just be sure to keep an eye out for hungry Corsac foxes… There is something new for everyone to explore and find in these areas.

More secrets of the Shelter Lands await players to discover in LifeAfter. Explore doomsday across servers and fight to defend our homeland!