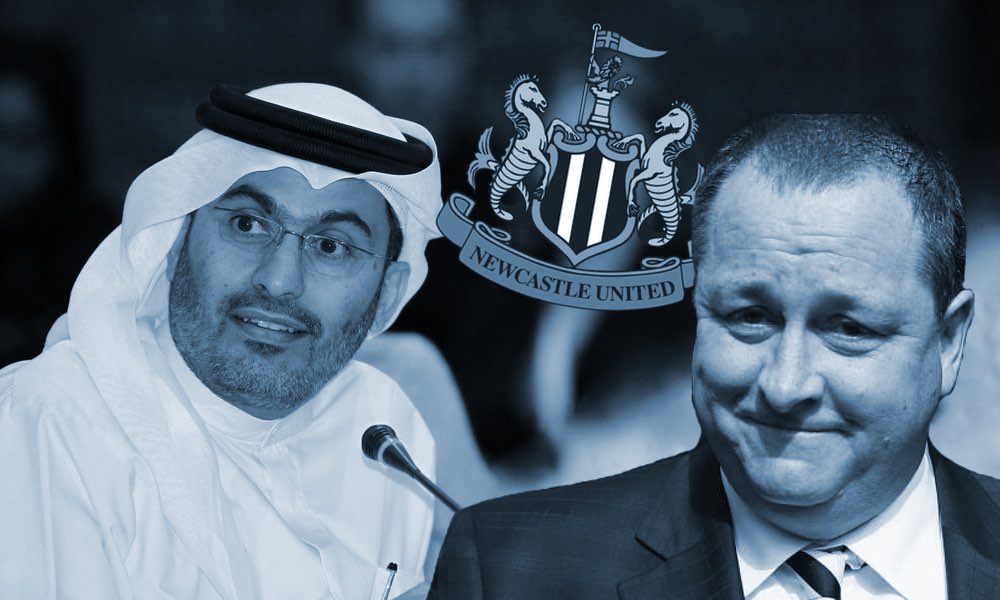 Well, here we are again. Who would support a club like Newcastle United? A rolling soap opera of a club, drifting like a rudderless ship now manned with a skeleton crew waiting desperately for rescue before it sinks again to the depths of the Championship. How did it come to this? Well, in two words, Mike Ashley.

When word broke that Newcastle United had been subject to a bid from Bin Zayed Group (BZG) of Dubai my personal world was rather turned inside out. Over a thousand twitter messages and emails in 48 hours later, people wanting to know the score and had I heard anything, it was rather exhausting.

I seemed to spend the next few days clarifying just who BZG were, just which Sheikh Khaled we were dealing with and how arabic names work, why they didn’t have a brilliant website and what the word Insh’Allah means, amongst other things. Meanwhile BZG released a series of statements saying the deal was done and they expected to announce something more formal in due course.  Cue bedlam. And I mean bedlam. We then had a further clamour for information, fan excitement at fever pitch, even fans managing to get the CEO of BZG’s personal number and bombard him with, albeit well meaning, messages at literally all hours of the day (lads, we’re three hours ahead here remember…). Then from the club. Silence.

And this is where the frustration started to hit. With a deadline for season ticket renewals fast approaching and continued silence then the news came that Rafa Benitez would be leaving the club, unable to agree a new contact with his current one expiring on June 30th. Wow. And still on all other matters, silence. 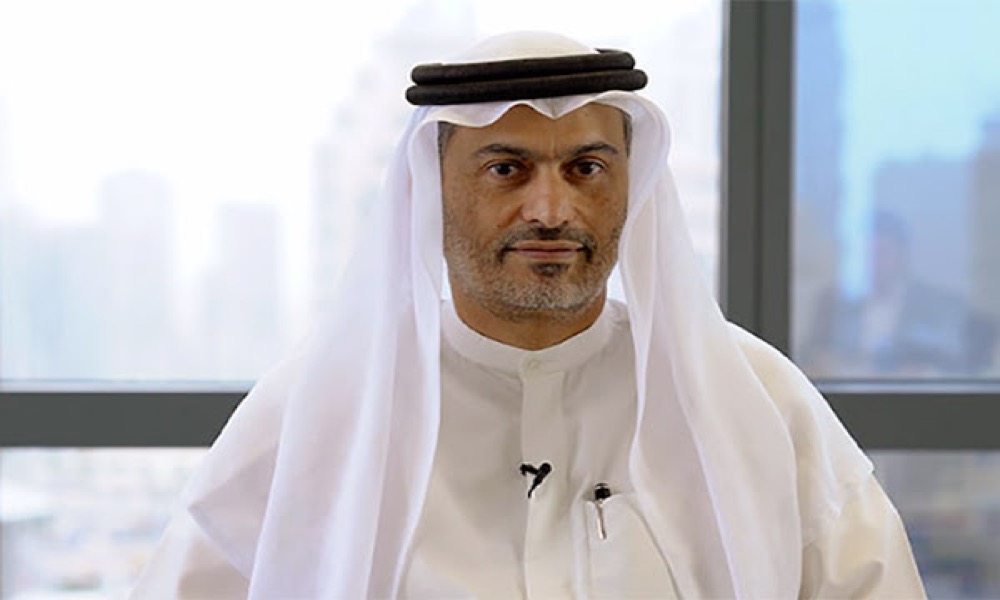 Unlike previous takeover attempts, and I’ve been on the fringes of 6 by now (don’t ask how a dentist managed to get himself into THAT position and you may remember me writing about Amanda Staveley and PCP capital’s bid before), quite quickly into the process Mike Ashley and his PR machine very quickly poured cold water on them and raised doubts about their ability to raise funds or simply their credibility by labelling them as ‘tyre kickers’.

In this takeover saga, even after Rafa Benitez’s departure, not the case. In fact, as one of my twitter followers put that it was “Incredible that really the only news #NUFC fans have had all summer is Rafa Benitez leaving. The rest is all sources, reports, cutting and pasting and interpretation. Even on the record takeover statements are unclear. So tired of not knowing who to trust among all this noise.” Noise that I, sadly, have contributed to.

All along I have tried to communicate what I know and what I have been told. It’s funny how so many matters NUFC related in the UAE end up at my door or in my chair! Trying to get clarity on this whole situation has been frustrating with information coming from sources both here in Dubai and in the UK often conflicting and utterly at odds. I know there has been an initial agreement, the so called “Heads of Terms” signed. I’ve seen it. Then there has been a company set up in the UK under the name ‘Monochrome Acquisitions’ which has Sheikh Khaled bin Zayed al Nahyan as a director and could well be a purchase vehicle for NUFC. The Heads of Terms has the phrase “Project Monochrome” in its top lines. Intriguing. Enticing.

BZG say they are in the ‘fit and proper person’ process with the Premier League. UK sources seem to contradict this. As I write it is being reported that Mike Ashley is ‘seeking clarity’ on progress of the deal and yet other very good sources claim he is negotiating with multiple parties and that BZG are not as far on as they claim. It’s a mess and the people suffering, the people desperate to see a positive outcome are the same people who have just seen Rafa Benitez and the last feelings of hope and pride literally be allowed to walk away from the club without a word.  The fans. 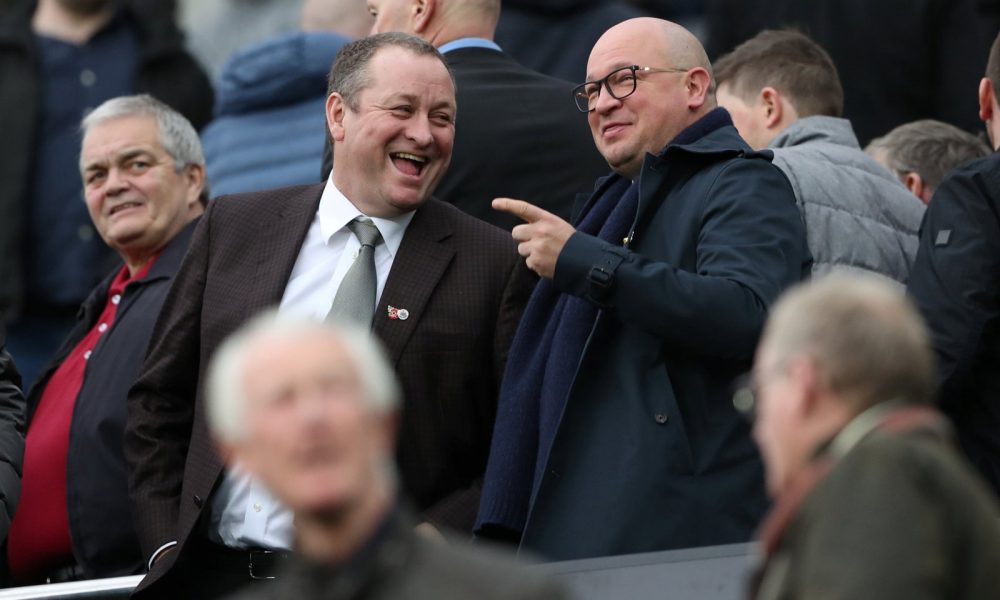 I’ve said before that there is a lot of rubbish written about Newcastle fans. Lazy stereotypes that are frankly untrue. We would love owners from Dubai. I would love owners from Dubai. Imagine Dubai vs Abu Dhabi, Newcastle United vs Man City. How mad would that be for the region? A UAE derby, played out on the biggest football world stage. We wouldn’t expect Man City levels of cash to be thrown at it. We realise how much work there is to do to restore Newcastle to where they should be. The squad needs significant investment. So does the infrastructure. Even St James’s Park in the city centre is in need of some TLC. In Rafa Benitez we had someone who had a project vision, that saw all of this, that gave hope against the backdrop of an absentee owner who has seen his club make a profit on transfers during a period where Man United, for example as their fans clamour to get their owners out, have spent hundreds of millions on players and have single player worth more than our starting eleven. Yet NUFC fans are the deluded ones, apparently. All we want is to be roud of the club and have an owner, manager and players who show that they care as much as we do. Give us a puncher’s chance and lets enjoy the journey.  That’s it.

No one can understand why Mike Ashley hasn’t sold NUFC yet. He certainly seems to be the least willing seller. His ability to initially agree a deal but then try and squeeze more out of it at the last moment is legendary and has scuppered sales in the past. The entanglement of his other business, Sports Direct, with NUFC and it’s lines of business always seems to be the sticking point. It appears things certainly have ground to a halt with this one, frustratingly.

With pre season rapidly approaching, no manager in place, no transfer business being done things are getting tight. We play in the Asia Trophy soon and even Wolves have got the drop on us for that by opening a shop in China, so better prepared in all aspects of the way their club is run are they. This is a mess, and if no resolution appears soon a long season awaits, certain disaster and it may be the straw that breaks the camel’s back for the fan base as season ticket renewals are already on a significant downturn and protests already being planned for the opening day of the season. Mike Ashley, this is still in your hands and it’s time to go.