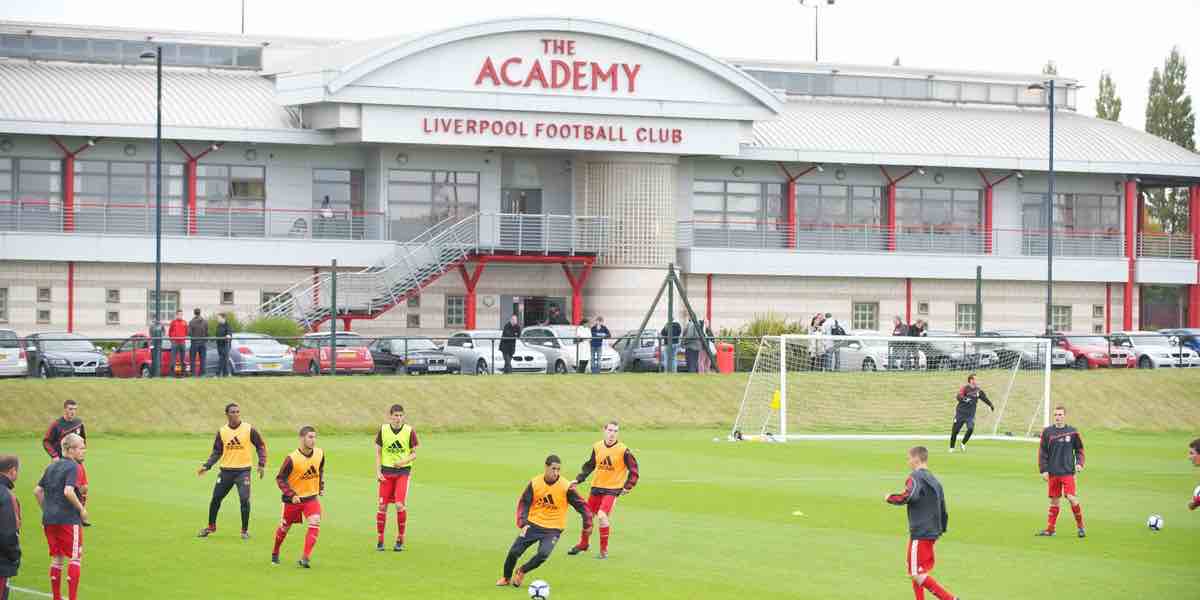 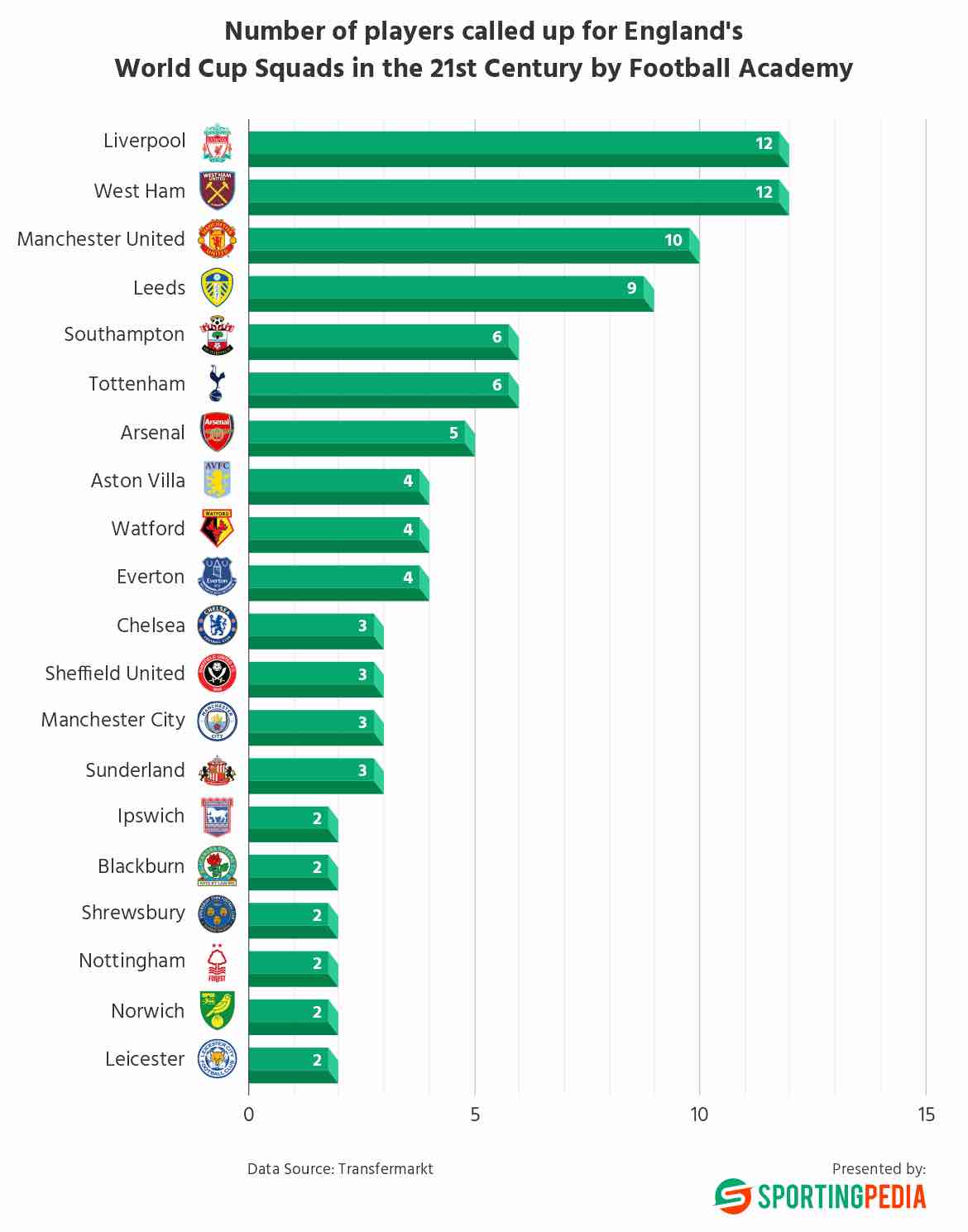 The Most Productive English Football Academies of the 21st Century

The England national team qualified for all five World Cup finals in the 21st century. With the global forum in Qatar only two and a half months away, we looked into the academies that have been supplying the Three Lions with players and ranked them by their productivity. 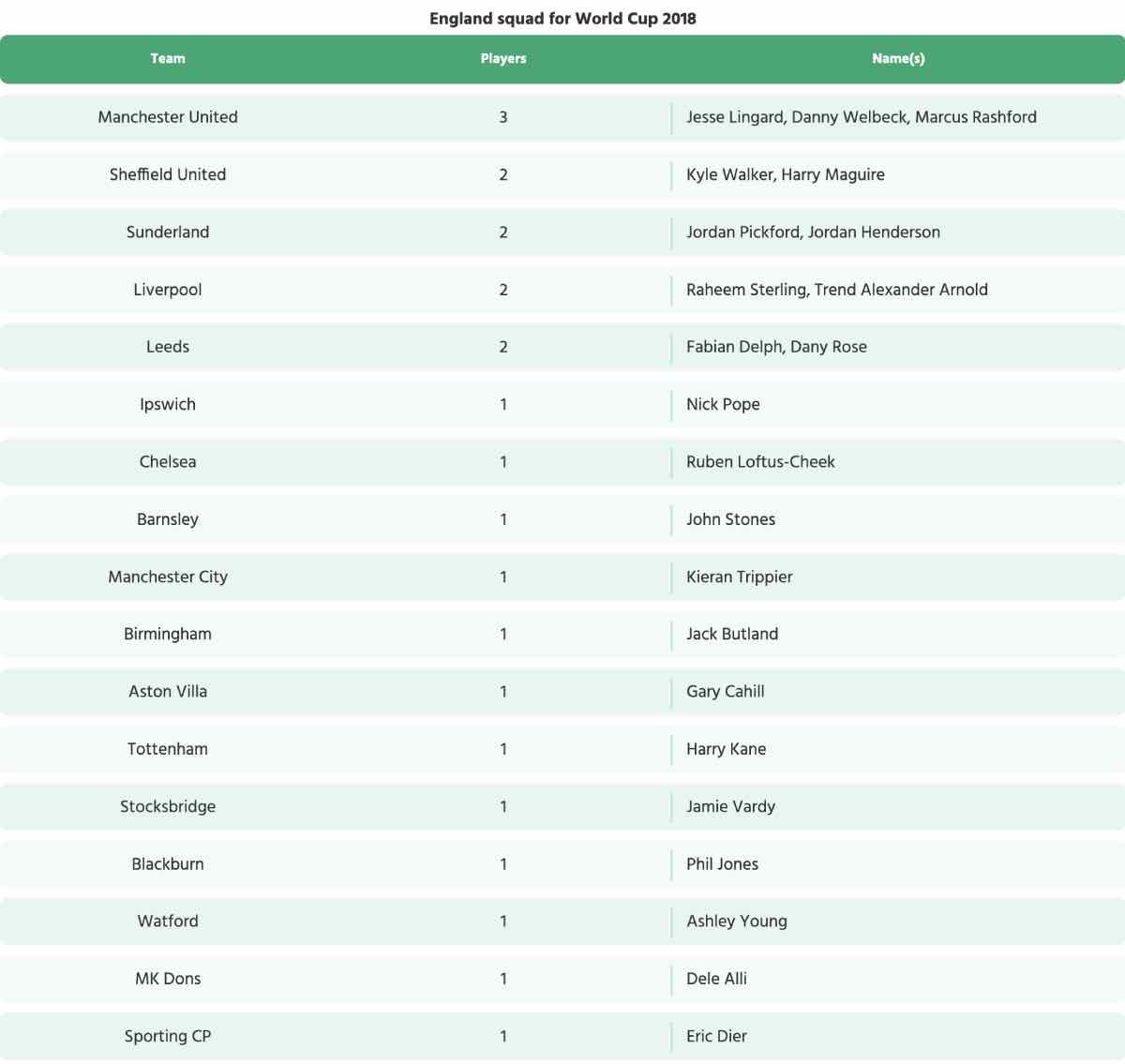 There was not a single Manchester United player when Gareth Southgate announced the latest England squad in May, with some of the most notable absentees being Marcus Rashford and Jadon Sancho. On the other hand, there were six players originating from Chelsea’s youth setup and three each from Liverpool and Sheffield United.

While Sheffield United has played in the Premier League sporadically, Liverpool and Manchester United are the two most recognizable English teams around the globe. Liverpool’s academy has unquestionably been the best on the island. The Reds’ youth system, along with West Ham’s, has produced the most players who have gone on to play for the Three Lions in World Cups. In the twenty-first century, both have sent 12 players to World Cups. Liverpool’s academy can be proud of themselves because it has consistently provided for the national team and is the only one with players who have represented England in all five World Cups this century. 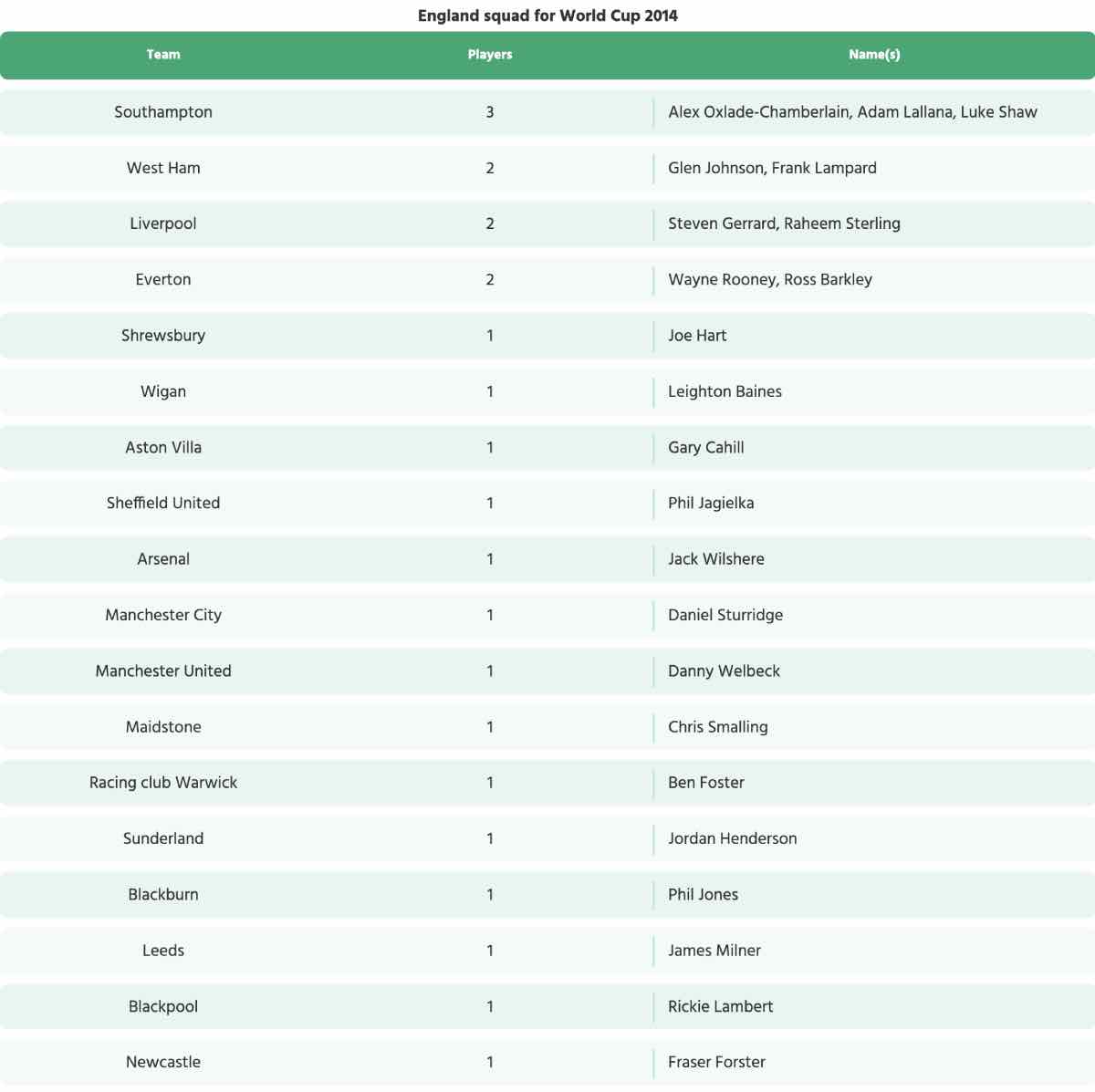 Another point in their favor is that their academy, along with that of Leeds, has been the most successful in developing young talents. The two academies are the only ones in the country to have had a player at each of this century’s five World Cups.

In the latest English crop, there were six players originating from Chelsea. A group of six is quite large, and when we compared it to previous periods, we discovered that the largest World Cup group formed from the same youth team was four, which happened three times in recent history. Four of the players selected for the 2002 World Cup have been part of Manchester United’s academy – David Beckham, Paul Scholes, Wes Brown and Nicky Butt. West Ham’s youth system is the only other one that has had four former graduates represent England at the same time

Advertisement
and it was on two separate occasions, in 2006 in Germany and 2010 in South Africa. 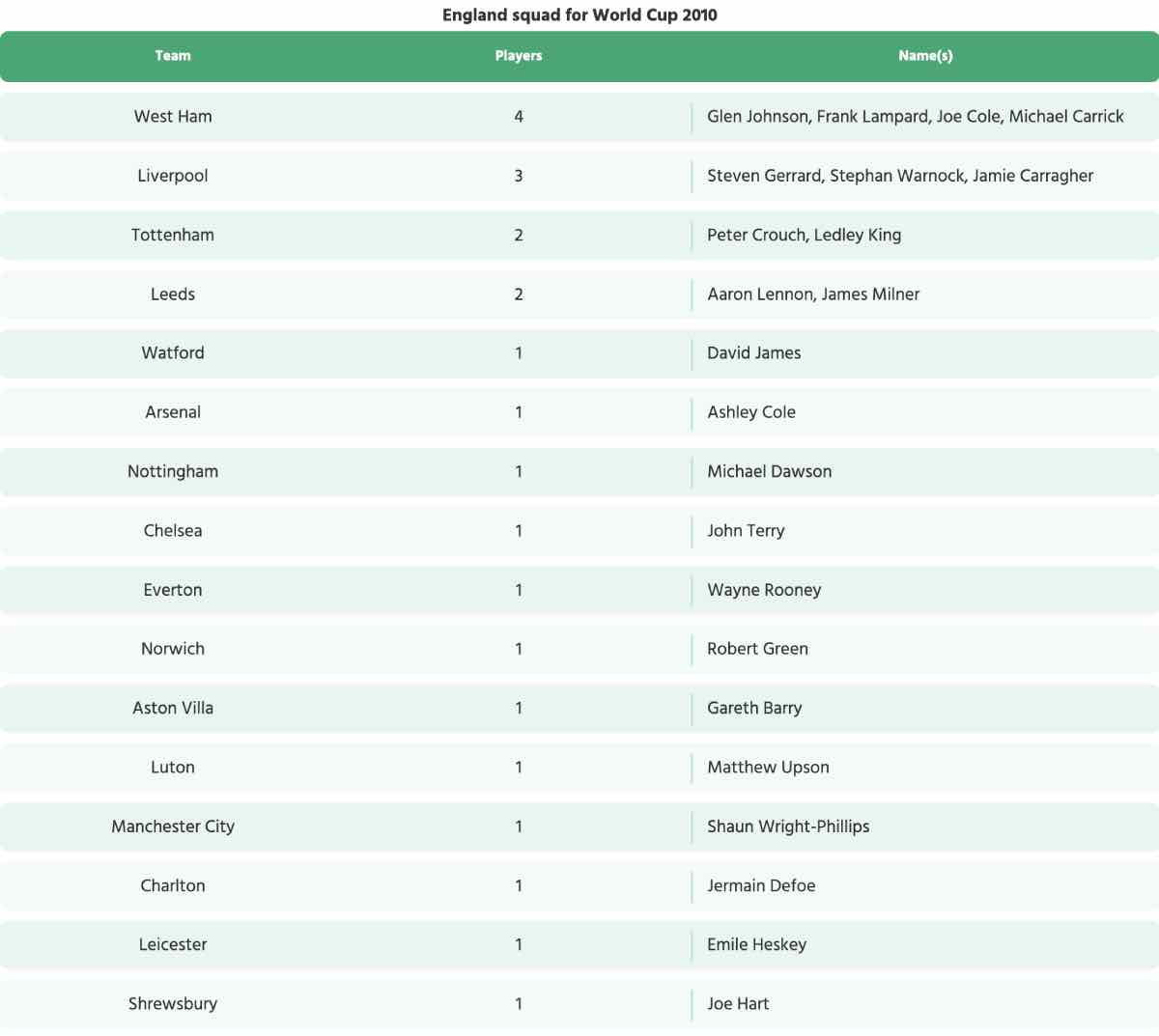 Despite being Premier League regulars in recent years, Wolverhampton’s academy has failed to produce a single international player for Englandthis century. Brighton, Brentford, Fulham, and Bournemouth are the four other elite teams that have failed to contribute to the national cause.

Actually, two academies outside of England had the chance to watch their youth products develop and make the Three Lions squad. Sporting CP was responsible for Eric Dier’s development in his youth, and at the turn of the century, Bayern Munich had Owen Hargreaves on their roster. 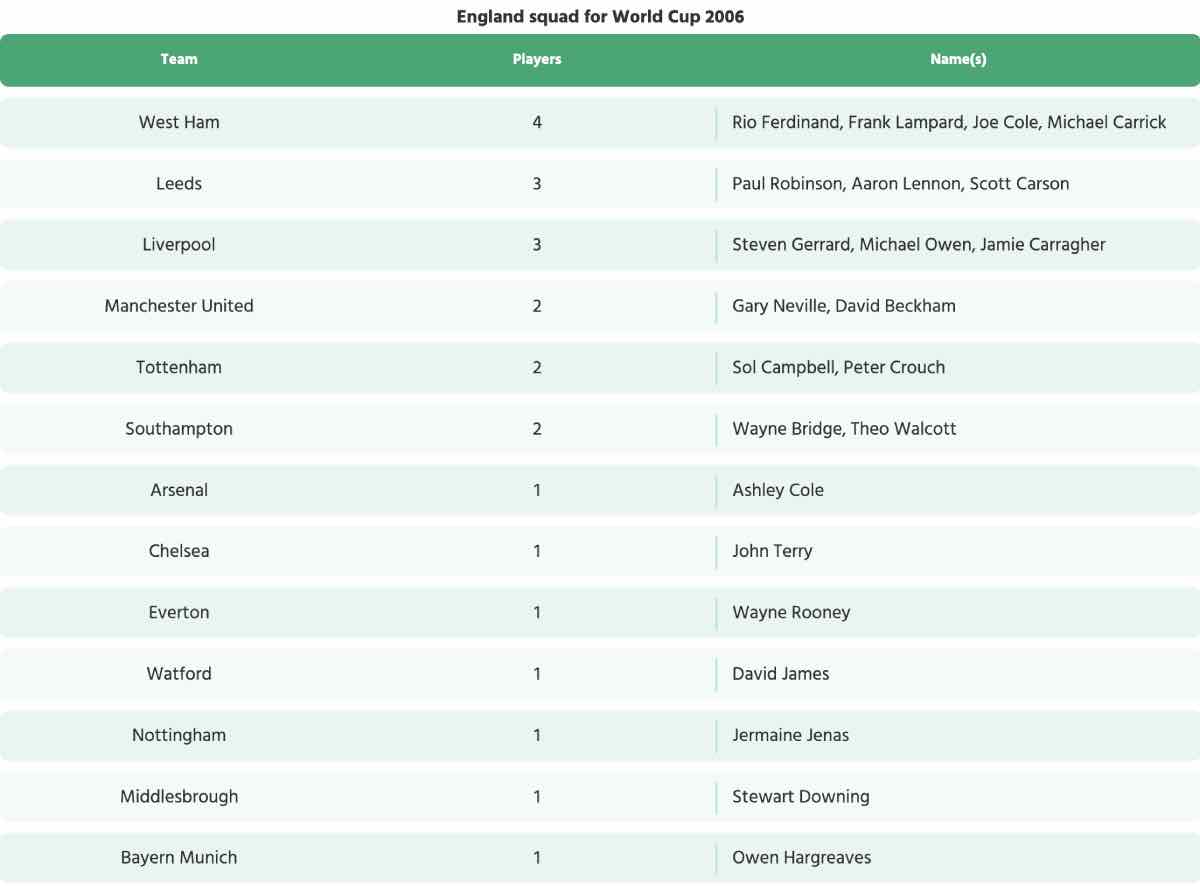 The Three Lions finished fourth in Russia in 2018, their best World Cup ranking in this century. The squad was then made up of 23 players coming through the ranks at 16 different academies. In comparison, during the 2014 World Cup in Brazil, when the country was eliminated at the group stage, the group of 23 players came from 18 different youth teams. The lowest number of youth setups represented at a World Cup was in 2006, when the selected 23 player group came from the systems of 12 different teams. 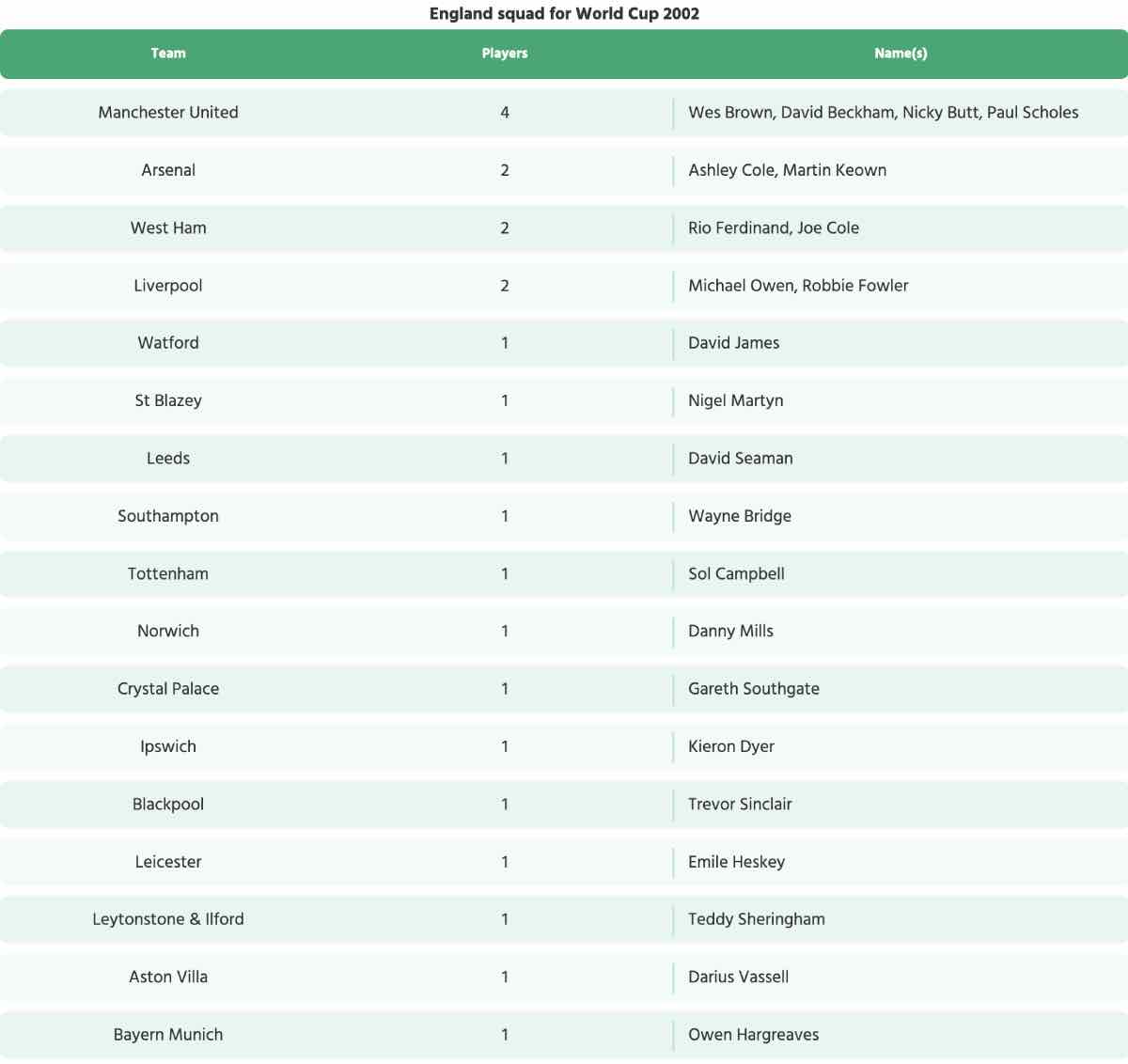 Below you will find a detailed breakdown of the players’ names that formed each of England’s five World Cup squads. It includes all of England’s five squads for each of the five global forums and the academies that helped establish the footballers.