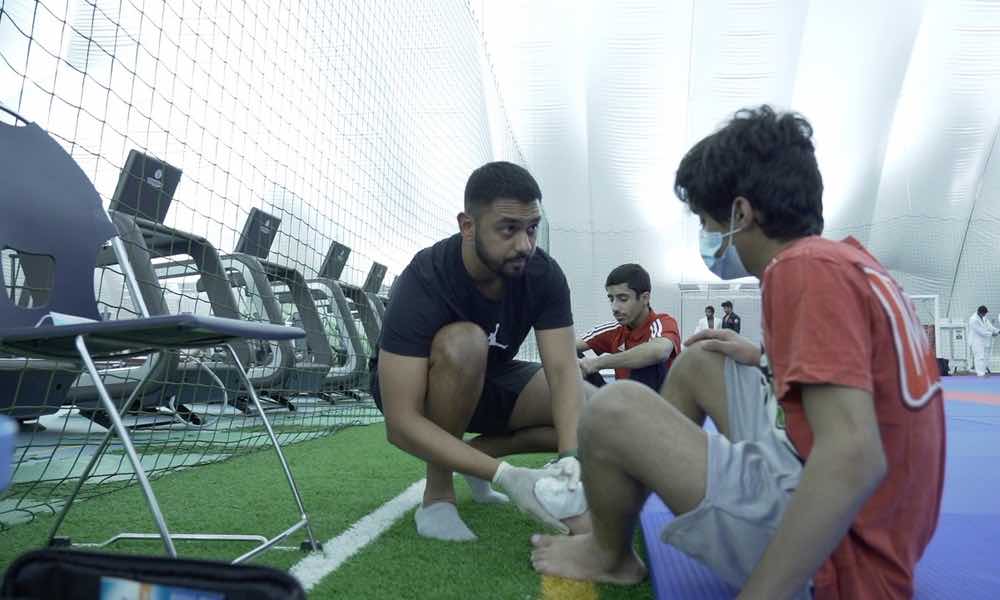 Fighters, of all ages and at various stages of development, are eager to return to the mats and resume training and competition.

Hiten Maisuria, 32, who has previously worked with former English Premier league side Queens Park Rangers FC as an academy physiotherapist, has been an important addition to the UAE’s jiu-jitsu team’s technical staff, having taken on the role in May this year.

He says, it is important for fighters to be aware of a few crucial details that could help guard them from injuries on the mat once they return and also shield them from overtraining.

“Yes, we are excited to get back on the mats and the mood within the community is one of excitement and encouragement. However, it is important to remember that most fighters will be coming back after a long break, having not built up the requisite volume of heavy sparring and thus will have be more careful about taking care of their bodies and avoiding injuries,” he says.

Maisuria has come out with a set of tips that he says fighters would do well to hold close to mark their return to training without injuring themselves and gradually building a strong training base:

Warm-up well and in the right way:
A good warm-up is essential to getting in a good training session and it is important that fighters do not rush through a warm-up, ensuring that every major muscle group is appropriately worked upon and stretched out before the training session. “A lot of injuries in jiu-jitsu are often because the fighters don’t really warm-up in the right way. Rushing through a warm-up can have serious consequences. A good warm-up can be one that gets all your main muscle-groups moving, mobilises your joints, and incorporates dynamic stretching exercises,” says Maisuria.

Precaution is better than cure:
An aspect that is often hidden away according to Maisuria is fighters failing to report minor niggles or knocks sustained during training to the medical staff. “In a sport as physically demanding as jiu-jitsu, fighters might have a few aches and pains, minor niggles. It is key that fighters speak about these minor injuries to the medical staff in order for them to be monitored in the right manner. Too often we have seen niggles and minor injuries turning into serious issues that require advanced care and long periods of rehabilitation only because it wasn’t flagged when it happened,” he says.

Do not scrimp on sleep:
Getting enough rest and following the right recovery protocols are underrated but critical aspects to an athlete’s success. “The demands placed on your body in a sport like jiu-jitsu and as you progress through the belts is immense. Sleep is a very important ingredient in any athlete’s success and getting seven to nine hours of sleep every night is essential,” he says. Maisuria says that coaches have to be responsible when planning training loads, ensuring that athletes are getting enough rest between sessions, and actively endorsing the benefits of recovery and rest protocols to make athletes aware of their importance.

Physical conditioning is a key driver of success on the mat:
According Maisuria, it is crucial for fighters to understand their bodies, listen to them, and have a strength and conditioning programme that hits all the right areas and prepares a fighter’s body to be in prime condition on the mat. A mix of aerobic and anaerobic training is recommended, which target improvements in endurance as well as strength. “It is key for fighters to maintain intensity throughout the bout and to also quicken recovery between them. Grip strength and muscle endurance are areas that are often overlooked but if you look at what a fighter has to do on the mat, these two aspects are vital. Building up grip strength and gradually improving muscle endurance will help fighters be at their best for longer periods on the mat,” he says.