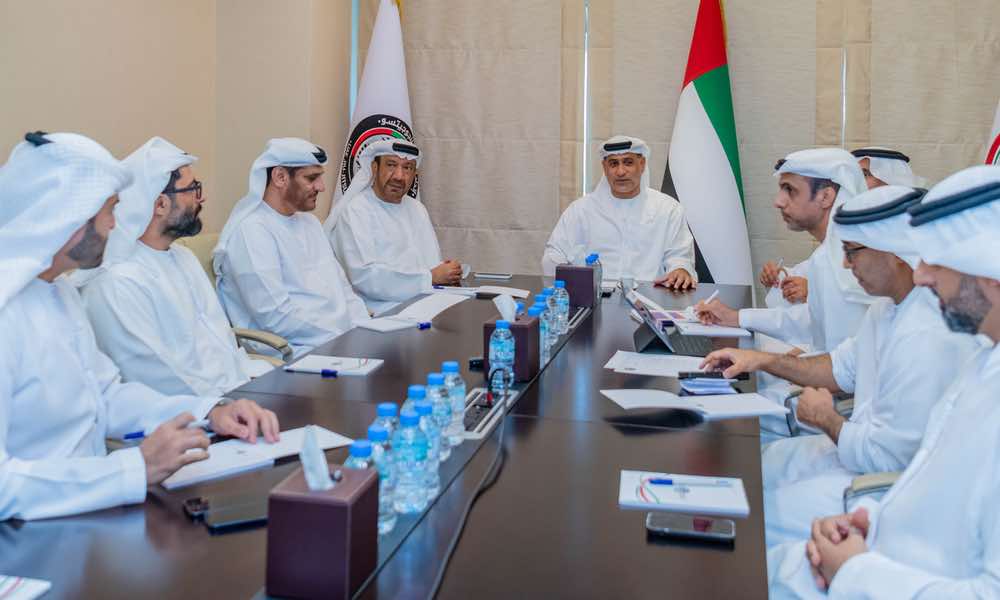 The Board of Directors of the UAE Jiu-Jitsu Federation on Wednesday took stock of the preparations for the Jiu-Jitsu World Championship and Abu Dhabi World Professional Jiu-Jitsu Championship, both hosted by Abu Dhabi in October and November respectively.

His Excellency Abdel Moneim Al Hashemi, Chairman of the UAE Jiu-Jitsu Federation, President of the Asian Ju-Jitsu Union and Senior vice president of the International Jiu-Jitsu Federation, presided over the meeting where the organisational, technical, administrative, and logistical aspects of the two championships were discussed. In keeping with Abu Dhabi’s stature as the world’s Jiu-Jitsu capital, the members emphasised their commitment to organising the events with the utmost professionalism and excellence.

The board expressed gratitude to Highness Sheikh Mohamed bin Zayed Al Nahyan, President of the UAE and Ruler of Abu Dhabi, as well as His Highness Sheikh Khaled bin Mohamed bin Zayed Al Nahyan, Member of the Abu Dhabi Executive Council and Chairman of Abu Dhabi Executive Office, for their unwavering support of jiu-jitsu and for the professional advancement of athletes.

The members evaluated the technical staff’s reports before making key decisions on the participation of the national team in the upcoming competitions and approving the integrated plan for the internal and external training camps leading up to the championships.

“Abu Dhabi’s position as the world’s jiu-jitsu capital has contributed to boosting the world’s confidence in the emirate’s capabilities and facilities to host significant international tournaments and events and dazzle everyone,” Al Hashemi said during the meeting.

“I want to express my gratitude to the federation’s staff members for their outstanding work in setting up camps and organising some of the most prominent regional and international events over the past few months. The next few months are crucial; therefore, we must approach the planning and execution of two of the biggest events in the world with quality, originality, and innovation.”

For his part, HE Mohamed Salem Al Dhaheri said: “The organising committee of the ADWPJJC has been working from the first day after the end of the last edition to prepare for the next edition scheduled. The UAEJJF leaves no stones unturned to make the event successful and the team works professionally to deliver a perfect tournament and ultimately consolidate Abu Dhabi’s position as the global capital of jiu-jitsu.”

The meeting shed light on the role of sponsors and strategic partners in supporting the vision and strategy of the Federation in consolidating the presence of jiu-jitsu, spreading its culture among segments of society, and organising the most important international events that enhance Abu Dhabi’s position as the home of this sport.