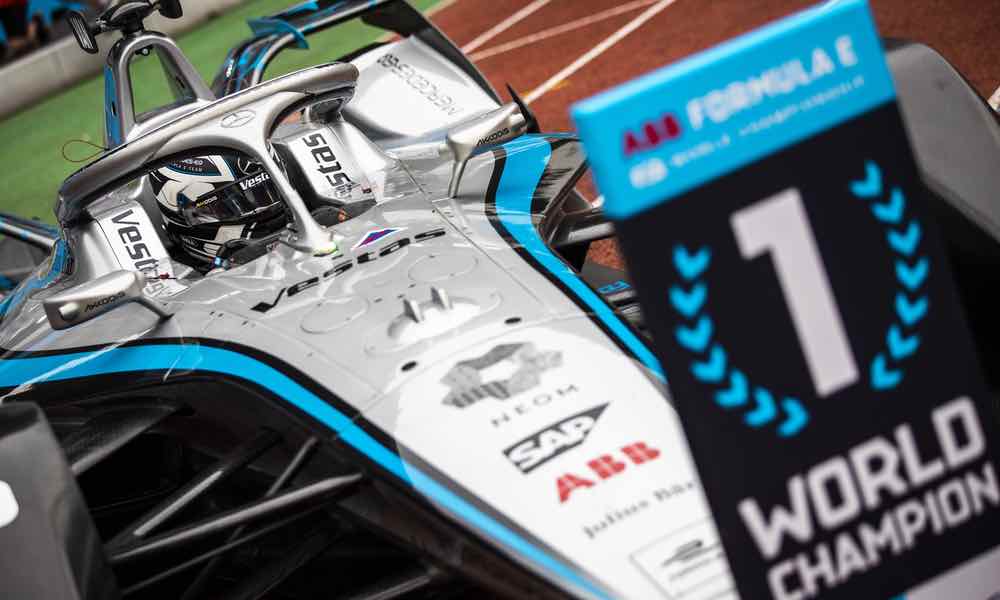 With the conclusion of Formula E Season 8, NEOM and the Mercedes-EQ Formula E Team celebrated unmatched success by retaining both the ABB FIA Formula E Teams’ and Drivers’ Championships.

The team secured the Championship in the 100th race in the history of the all-electric motorsport series. Finishing Round 16 of the season in second place, Team Driver Stoffel Vandoorne secured both the Drivers’ Championship and crucial points to ensure the Mercedes-EQ Formula E Team celebrated the Team World Championship title.

Away from the track, NEOM celebrates the ongoing impact of the sports partnership with two candidates from NEOM’s Graduate Opportunities in Work (GrOW) program who are returning to NEOM after completing a 12-month secondment with the Mercedes-EQ Formula E Team.

To analyze the effects of the secondment program, Dr. Katherine Bond, an organizational performance expert, today released a white paper highlighting the significant and potentially transformational development opportunity enabled through the partnership. Alongside developing technical skills and expertise, the paper cites the benefits for the two individuals from gaining experience working within a high-performance environment and how these learnings will contribute to the development of NEOM.

Jan Paterson, Managing Director of Sport at NEOM, said: “Congratulations to our partners the Mercedes-EQ Formula E Team on another incredible season and securing back-to-back double Championship wins. Alongside the team’s success on the track, we are delighted to welcome the two GrOW secondees back to NEOM following their year-long placement within the Mercedes-EQ Formula E Team. We place high importance on supporting and empowering the development of NEOM’s future leaders and it is a testament to the power of sports partnerships when we see the personal and professional growth of our two secondees that they have attained from operating in a high-performance sports team.”

Ian James, Mercedes-EQ Formula E Team Principal, said: “We are hugely grateful to NEOM for their continued support throughout the last three seasons. It has been a great pleasure and privilege to work alongside the two secondees, with each bringing a fresh perspective and obvious leadership qualities to the team. We’re very excited to follow their journeys back in NEOM and to witness the continued development of this inspiring region.”