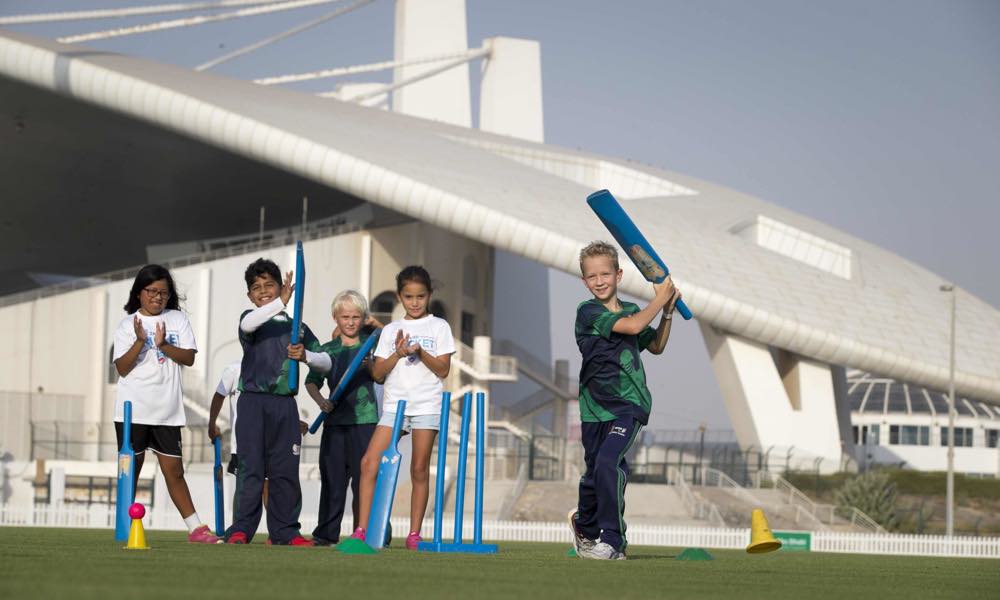 Abu Dhabi Cricket, with the full backing of Abu Dhabi Sports Council, has opened registration for the upgraded Zayed Cricket Academy’s new term – the UAE’s most prestigious junior cricket coaching programme – which will now operate a ‘Junior Academy’ for rookies aged 15 and under.

Open to both girls and boys of all abilities aged from four up to 18, the academy is divided into coaching programmes based on age and ability. The newly introduced ‘Junior Academy’, for beginners’ aged 15 and under, will introduce children to basic cricketing skills whilst stimulating healthy and active lifestyles.

The Elite Academy is for youngsters’ aged 12 and over who have played cricket for three years or more and are looking to develop their skills and play in competitive matches. Elite Academy teams participate in domestic competitions, in overseas tours and take on visiting international teams.

As the sport continues to grow in popularity across the emirate, Zayed Cricket Academy is looking to open the Elite programme up to girls. “Following the enormous success of this summer’s ICC Women’s Cricket World Cup, Abu Dhabi Cricket believes girls have been inspired to try their hand at this sport. To further encourage young women players, the Academy has hired two female coaches, both former Sri Lankan national team players,” explained Matt Boucher, Acting CEO, Abu Dhabi Cricket.

The Academy’s home, the 18,000 capacity Zayed Cricket Stadium, is currently undergoing major renovation and world-class facilities are being constructed including two new grass football pitches slated for 2017 FIFA Club World Cup training pitches, as well as multi-purpose courts for netball, tennis and basketball. The Zayed Cricket Academy facilities are also being upgraded. Eight existing wickets are being renovated while 17 grass and eight AstroTurf cricket nets are being installed as are new changing rooms and office facilities. And, as part of a wider relationship with Abu Dhabi Sports Council, new 500-lux LED Musco floodlights are being installed on the two nursery ovals, allowing for evening matches and community cricket.

“We’re off to a fast start and the launch of Zayed Cricket Academy registrations represents an important milestone on Abu Dhabi Cricket’s new journey. We intend to position Abu Dhabi as a cricketing hub – with both world-class events and a junior programme designed to inspire the next generation of cricketing super-stars. We want to develop the sport’s ecosystem in Abu Dhabi, to engage our youth, to promote healthy lifestyles and ensure cricket is accessible to kids of all abilities, ages and backgrounds. We’ve also introduced a new online system to help parents select the optimal session for their families. My thanks go to Abu Dhabi Sports Council – its support for Abu Dhabi Cricket has been unwavering and we’re privileged to have them spearheading our new mission.”

The Zayed Cricket Academy has enjoyed significant local and international success, most recently its U18 team claimed victory in the 2016/17 UAE National Academies League. Academy players have also won scholarships to prestigious schools abroad and been chosen to represent the UAE National Team. “The Academy hopes to build on this success to secure its position as the UAE’s premier youth cricket programme,” explained Boucher.

Parents can register their children now at a special Early Bird discounted rate, available for a limited time only at www.abudhabicricket.ae/academy.

Early Bird Registration for young beginners (aged 15 and under) costs AED 640, for elite players – those with at least three years’ experience and aged 12 years and over – the cost is AED 960 for the three-month term. Additional discounts are available for parents registering multiple children.