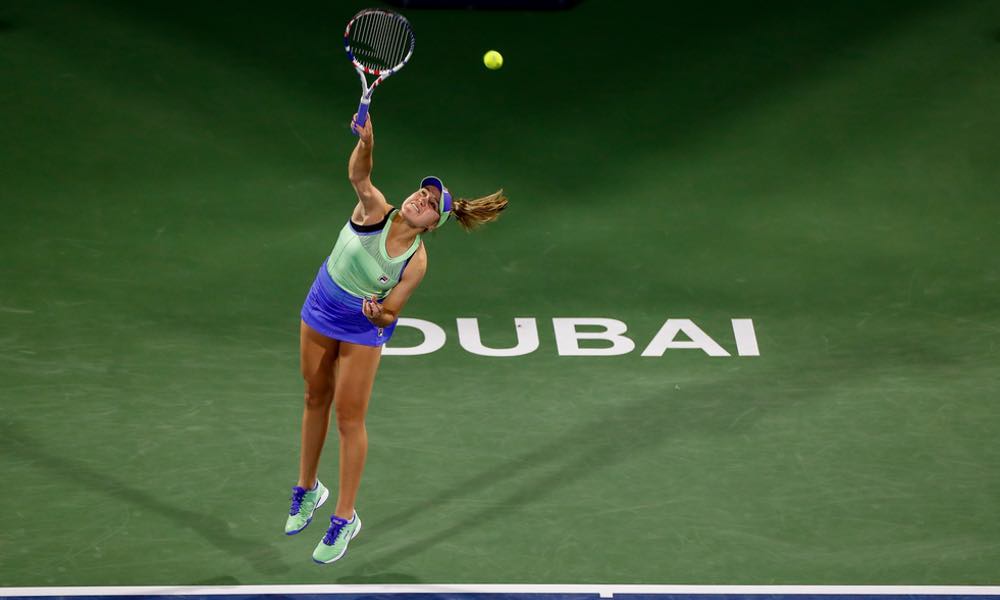 An incredible nine of the world’s top 10 and 17 of the top 20 women will be competing for one of the most sought-after trophies in the sport when the Dubai Duty Free Tennis Championships 2021 begins next month.

Long one of the UAE’s top sporting events, the two-week festival of tennis begins with the WTA 1000 competition which will take place 7th to 13th March. Following what is sure to be a thrilling week featuring nearly every member of the women’s top 50, tennis fans can also look forward to seeing many of the world’s best ATP players when the men’s week follows from 14th to 20th March.

Those battling for the WTA title this year have won a remarkable 18 Grand Slam titles between them, with six players at one stage holding the world number one ranking.

The star-studded field that will kick off what is sure to be a fantastic fortnight is headed by current women’s world number one Ashleigh Barty, who is eagerly looking forward to making her Dubai debut. The amiable Aussie not only won the 2019 French Open and reached the semi-finals last year in her home Grand Slam in Melbourne, but she is the recipient of Australia’s highest sporting honour, the Don Award.

World number two Simona Halep returns as the Dubai defending champion and will be attempting to become just the third player in the 21-year history of the WTA event to win a third title after also triumphing in 2015. Only Justine Henin with four titles and Venus Williams with three have ever managed the feat before.

“We are delighted to welcome back to Dubai so many of the very best players in the world,” said Colm McLoughlin, Executive Vice Chairman & CEO of tournament organisers Dubai Duty Free. “All of them have given us many moments to remember, and we are thrilled as well to welcome new faces to Dubai and look forward to seeing them demonstrate the skills that have taken them to Grand Slam success and to the top of the rankings.”

Sofia Kenin last year thrilled the tennis world as she seemingly came from nowhere to claim the Australian Open title, defeating world number one Ashleigh Barty to reach the final, where she overcame Garbine Muguruza in three thrilling sets. And to prove that she was here to stay she later in the season swept all the way to the final of the French Open and was named WTA Player of the Year.

Elina Svitolina has a glorious record at the Dubai Duty Free Tennis Championships, winning the title in 2017 and 2018. She also claimed the season-ending WTA Finals title in 2018 and was a finalist the following year, while in 2019 she was also a semi-finalist at both Wimbledon and the US Open. In 2020, while playing a limited schedule, she still managed to add two more titles to her portfolio by winning both Monterrey and Strasbourg. 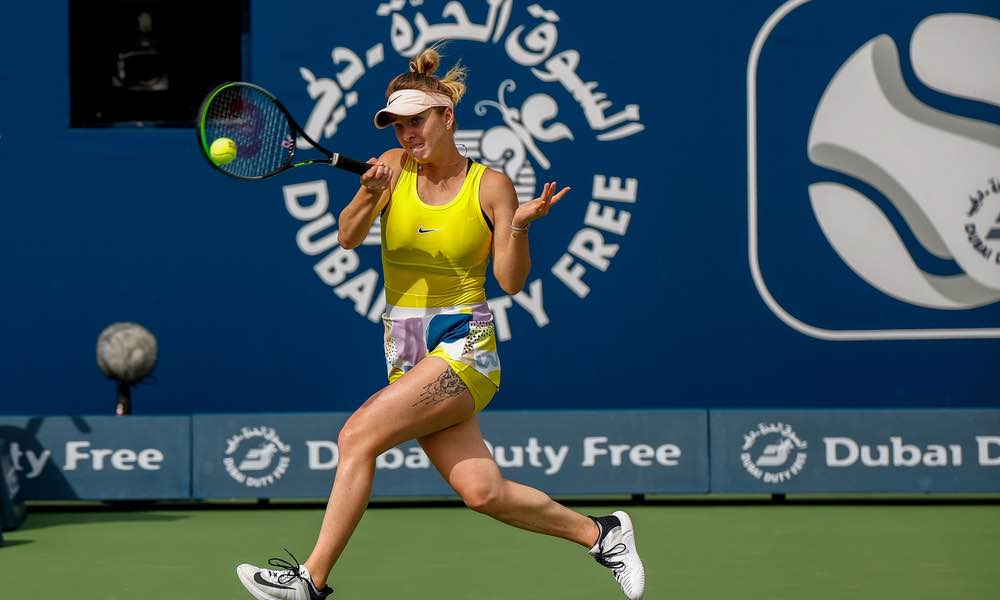 Karolina Pliskova has not only enjoyed success in Dubai, contesting the 2015 final, but she has been runner-up at the US Open and has been a semi-finalist at both the Australian and French Opens.

Aryna Sabalenka not only excels in singles, she has been ranked as high as two in the world in doubles, and her recent success in lifting the winner’s trophy in Abu Dhabi elevated her to a new career high of seven in singles. Last year she also claimed the Doha title and no doubt will be eager to make it a regional treble by adding the Dubai title to her growing list of successes.

Bianca Andreescu is the highest ranked Canadian player in WTA history, reaching number four in the world, and is the first Canadian to win a Grand Slam title. She burst upon the scene in 2019 by claiming the Canadian and US Opens, defeating Serena Williams in each final. She was the first player to win the US Open upon their main draw debut, and the first teenage winner of any Grand Slam since Maria Sharapova won there in 2006. Her progress was stalled in 2020, first by a knee injury and then the pandemic.

Petra Kvitova returns to Dubai for the eighth time and will bid to recapture the title she won in 2013. She has come desperately close before, in 2019 advancing all the way to the final before falling to Belinda Bencic in three sets.

Kiki Bertens is the most successful female player to emerge from Holland, reaching as high as four in the world. Her most recent title was claimed last year in St Petersburg where she successfully defended her crown to win her 10th singles trophy.

Belinda Bencic was a surprise but very welcome winner of the Dubai Duty Free Tennis Championships in 2019, as she fought her way back to the top of the game after her career was stalled by several injuries. She went on to reach her first Grand Slam semi-final at the US Open that year and was named as the WTA Comeback Player of the Year.

Another who will be confident of making her mark is Tunisia’s Ons Jabeur, the highest ranked Arab player in WTA history and the first to reach a Grand Slam quarterfinal.

The 2011 French Open junior champion reached the Moscow final in 2018 and was named the Arab Woman of the Year in Sports the following year. In 2020, on her way to the Australian Open quarterfinals, she defeated former world number one and 2011 Dubai champion Caroline Wozniacki in the final match of the Dane’s career, before falling to eventual champion Sofia Kenin. She will be hoping for a more favourable draw at the Dubai Duty Free Tennis Championships this year after running into champion-in-waiting Simona Halep in the second round in 2020.

“We are privileged once again to have the opportunity to see so many of the world’s top women players fighting for the coveted title,” said Tournament Director Salah Tahlak. “As always, competition will be fierce and although any of those who have enjoyed outstanding success both in Dubai and elsewhere will be favourite to lift the trophy, previous years have produced many surprises and upsets and success is never guaranteed. The only certainty is that we will enjoy a terrific spectacle of top class tennis throughout the tournament.”

The Dubai Duty Free Tennis Championships is owned and organised by Dubai Duty Free and held under the patronage of H. H. Sheikh Mohammed bin Rashid Al Maktoum, Vice-President and Prime Minister of the UAE and Ruler of Dubai.