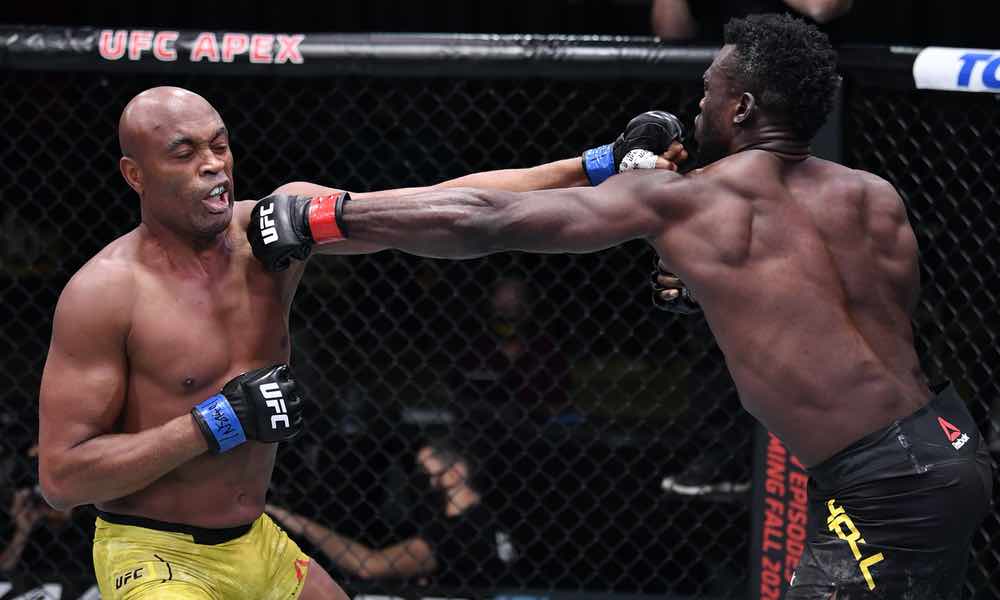 Anderson Silva, 45, announced in October that his fight against Uriah Hall on Saturday, which ended in defeat via 4th round TKO, would be his last.

Former UFC Middleweight champion Anderson Silva, who is considered one of the all time greats, says he will discuss his future with his team before making a final decision on his retirement.

“Sometimes it’s very difficult for us to stop. Today is the final day and I’m so happy to be here doing my last show for my fans and my UFC family”

After his win, Uriah shared his emotions in sharing the Octagon with Silva.

“It’s hard to describe when you’re in it. But just to share that moment, knowing it could be his last bout and him knowing how much I respect him, I couldn’t hold (the emotion) back. I feel good to have shared that moment. That was really important,”

“I know for a fact that we respected each other. We were both trying not to show that as much. But we have so much respect for each other. We had to separate that. There’s nothing bad I can say about the guy. He knew I looked up to him and followed most of his career. It was separating that and becoming martial artists to help each other grow. I’m just so proud of that moment.”

“When you think of UFC, you can’t not think of Anderson Silva. There are so many great champs, but for what he did and how he did it. I have so much respect for him and his family. I’m sad his kids had to witness that, but it’s work.”

“He was just saying, ‘Great job, I’m proud of you. You did really good and don’t cry, don’t feel bad. You’re going to be champ.”