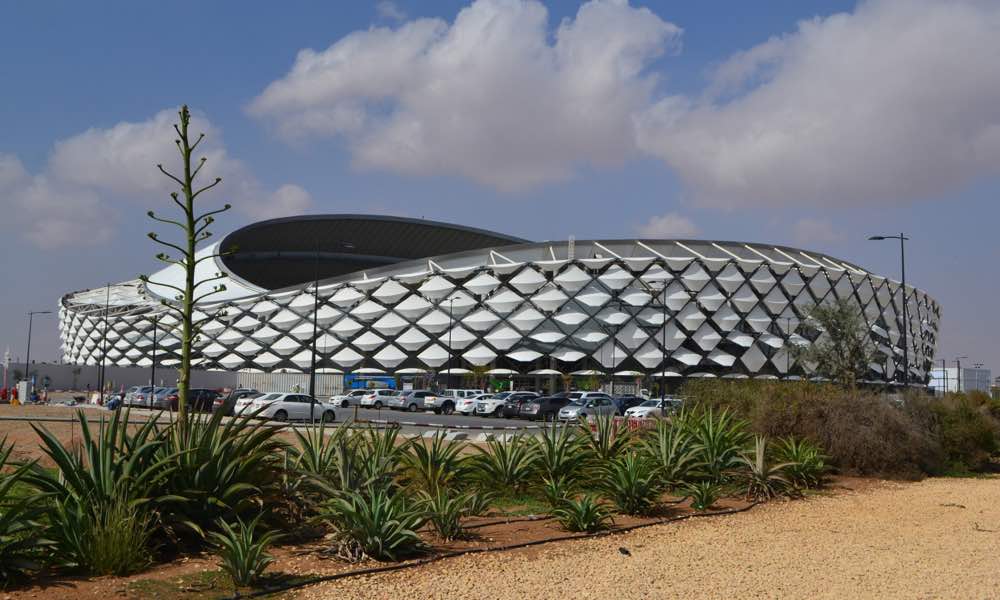 Emiratis simply love football. The country has stadiums in the Emirates of Abu Dhabi, Sharjah and Dubai, as well as several different local clubs that have made names for themselves in the region. The country’s national team has played games with some of the biggest teams in the world, although the team is still establishing itself in the world of football, it has participated and won some major regional competitions, such as the Gulf Cup of Nations.

This Dubai football club is considered one of the strongest in the whole of the UAE. Shabab Al Ahli Dubai FC was founded in 1958 and has its home stadium based in Dubai. Previously known as three clubs, Al Shabab, Al Ahli and Dubai Club have just merged into one and became Shabab Al Ahli Dubai FC, making themselves even stronger than before.

UAE Jiu-jitsu Federation was established in November 2012 as the official authority for the sport of jiu-jitsu in the UAE. The Federation plays a leading role in supporting jiu-jitsu and contributing to building a strong generation of UAE athletes to excel at the local and international levels. The Federation’s role is to implement policies that develop the sport in collaboration with various government entities, educational institutions and other partners in order to advance the sport locally, regionally and globally.

The cricket scene in Dubai is extremely popular, with the International Cricket Council having moved its headquarters to the city and its own regional teams, such as the Wombats Cricket Club, the largest team in Dubai. The city also has its own cricket stadiums, the most popular being the Dubai International Cricket Stadium, which opened doors in 2009 and has held some famous international competitions with national teams from Pakistan, Australia, India and more.

The Dubai Duty Free Tennis Championships have become known in every corner of the world by the lovers of this sport. The competition has been taking place in the city for 25 years and gathers some of the biggest names in tennis, having hosted Rafael Nadal, Roger Federer and Venus Williams. The tennis tournament takes place every year at The Aviation Club. The Mubadala World Tennis Championship  takes place in Abu Dhabi every December and has become the first stop of the pre-season by all major Tennis players.

The Emirates Airlines Rugby Sevens take place annually in Dubai and have become a vastly popular event. The event has been held for nearly 20 years and brings together rugby fans to watch their favorite teams from across the globe. The sporting competition is part of the World Rugby Sevens Series. The Dubai Rugby Sevens’ most recent winner was South Africa and the next event will take place in November-December 2017.

The Dubai Hurricanes were founded in 1999. The club won the first ever Grand Slam in the Middle East in 2010-2011. This included winning the UAE League, the Gulf Top 6 League and the West Asia Championship Final. In the years of 2015-2016, the ladies squad also got a chance to participate in the Grand Slam. The club has made a name for itself in the region and is an affiliate member of UAE Rugby.

The Dubai Exiles Rugby Club were founded in 1966. The club is best known for holding the Dubai Rugby Sevens up until 2017, when the tournament was moved to the Sevens Stadium. The Emirates Airlines Rugby Sevens were previously held in the Dubai Exiles’ stadium, where the competition began to grow popular and helped established rugby in the UAE.

Every year, the Abu Dhabi Etihad Airways Grand Prix takes place at the Yas Marina Circuit. Here, racing enthusiasts can watch some of the most famous Formula 1 drivers in the world compete. Among the biggest names to have visited the circuit are Nico Rosberg, Fernando Alonso and Adrian Sutil. For the racing lovers who wish to get a thrill, they can rent cars to race down this unique circuit and feel like a true Formula 1 driver. The venue is set to hold its next event in November of 2017.

An empowering and inspirational woman made headlines all over the UAE and the world in 2016 when she was chosen to carry the country’s flag in the Olympics taking place in Brazil. Aisha Al Balushi is a local weightlifter who participated in the 58kg weight category during the Rio Olympic Games. Although Al Balushi did not bring a medal home, having placed in 16th, she sure brought a lot of pride to her home country where she is now a household name for female empowerment.