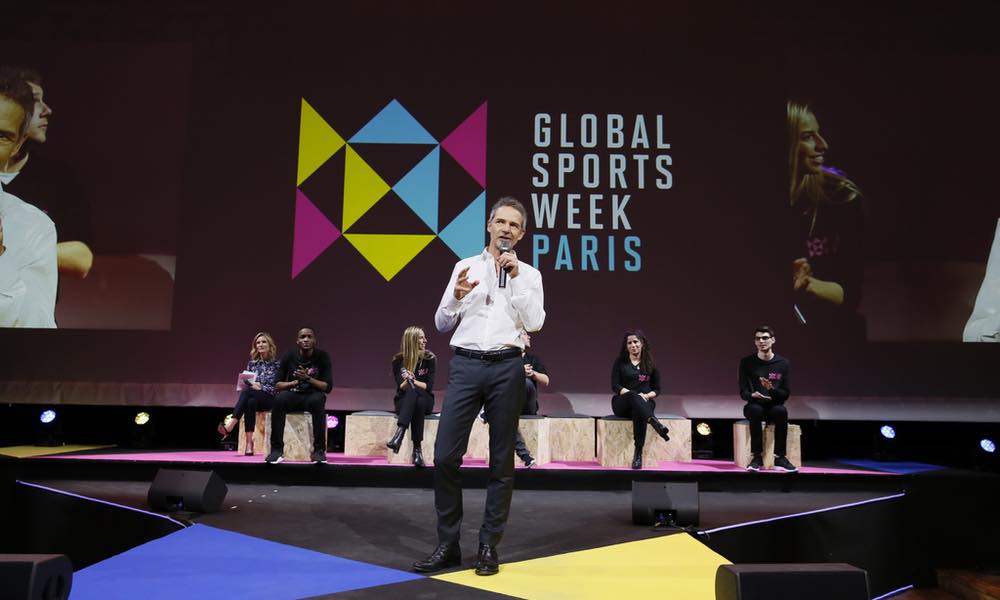 Global Sports Week (GSW) has announced the signing of a new tripartite agreement with France’s Ministry of Sport and the French Government’s Interministerial Delegation for Major Events (DIGES).

The partnership strengthens the French Government’s commitment to GSW, extending its support to 2024 in the context of the Paris Olympic and Paralympic Games. It builds on the French Ministry of Sport’s previous support for GSW, of which it has served as a Founding Partner since the first edition in 2020.

The three-year agreement was officially signed Monday 29 November by Roxana Maracineanu, France’s Minister in charge of sports, and Lucien Boyer, President of Global Sports Week, in the presence of Jean-Pierre Siutat, vice-president in charge of international strategy, of the French National Olympic and Sport Committee (CNOSF).

The signature took place at the French Ministry in charge of Sports during the first meeting of the CFSI (coordination du sport français à l’International) committee, which was launched last month as part of a new strategy to grow France’s international influence and attractiveness in sport as the country gets ready to host the 2023 Alpine Ski World Cup, RWC 2023 and Paris 2024 Games. Support for GSW was among 16 strategic priorities announced in the latest DIGES report in October 2021.

The announcement materializes this commitment and additionally confirms the return of Le Tremplin Invest Finals to Global Sports Week. The sportstech showcase – Europe’s biggest, connecting the world’s best start-ups to international investors – is organised by Le Tremplin by Paris&Co innovation platform and France’s Ministry in charge of Sport in partnership with Global Sports Week.

GSW 2022 will also again be organised under the high patronage of Mr Emmanuel Macron, President of the French Republic, having received the official honour for a third consecutive year.

Roxana Maracineanu, French Minister in Charge of Sports, said:
“The French Ministry in charge of Sports is acting upon its ambition to grow France’s influence and attractiveness in world sport. It is with this objective that with our partners – the CNOSF, the CPSF, the local authorities … – I wanted to reactivate the coordination of French sport internationally (coordination du sport français à l’international) to promote French excellence and exemplarity in terms of hosting and organizing major events. Our desire is to keep France at the center of world sport beyond 2024 and Global Sports Week fully contributes to our strategy to enhance the attractiveness of our country.” Lucien Boyer, President and Co-Founder of Global Sports Week, said:
“Global Sports Week is delighted the French Ministry in charge of Sports and the French Government’s Interministerial Delegation for Major Events have reinforced their commitment to our organisation. They have been trusted partners and an invaluable support since we launched in 2019.

“As France looks forward to hosting some of the biggest sporting events in the decade, we share the common belief that Paris can serve as a unique setting and platform – to federate the wider ecosystem of sport, and lead in shaping a new agenda for this new era in sport and society.”

After two successful editions in iconic locations of the French capital (The Louvre, & the Eiffel Tower), GSWParis will return from March 7th – 11th, with an agenda focused on the future of sport at the intersection of business and society. The iconic Accor Arena – an official competition venue of the upcoming Paris 2024 Olympic and Paralympic Games – will provide the central stage of this year’s forum, supported by additional digital and overseas events. The theme for the third edition of GSWParis will be: ‘Better versus Bigger: Growing Sport in the Age of Responsibility”.

Over 2000 international delegates are expected to attend the in-person forum at Accor Arena on March 8th-9th. 500 passes will be made available for general sale, with ticketing now open at (www.gsw.world.com)

People around the world will also be able to enjoy full access to Global Sports Week virtually as part of a GSW Factory membership, which offers year-round curated content and community experiences.