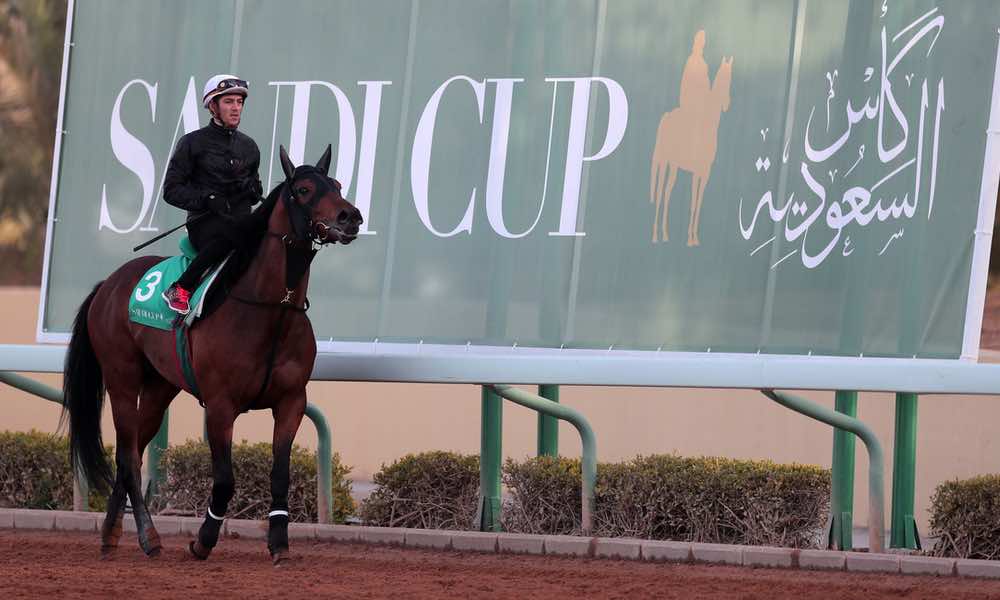 The winners of four Graded races in the USA and Japan will be guaranteed spots in three Saudi Cup Day races, following an announcement made today (Friday) by the Jockey Club of Saudi Arabia (JCSA).

The Grade 1 USD$3m Pegasus World Cup (1800m), set to be run on dirt at Florida’s Gulfstream Park on January 23, 2021 once again offers its winner a confirmed place in the $20m Saudi Cup starting gate.

Taking the Saudi Cup’s association with Gulfstream Park and the prestigious Pegasus Series one step further in 2021 is the addition of the Grade 1 $1m Pegasus World Cup Turf (1900m) as a qualifying race for the $1m Middle Distance Turf Handicap on Saudi Cup Day.

In 2020 this became the first turf race to be staged in Saudi history and took place on the purpose-built grass track. The win went to Port Lions trained in Bahrain by Fawzi Nass and ridden by Dutchman, Adrie de Vries.

Tom Ryan, the JCSA’s Director of Strategy and International Racing said: “The Pegasus races have consistently attracted the best horses in the USA since they were established in 2017 and this is exactly the calibre of runner we want to continue to welcome to Riyadh for Saudi Cup on both the dirt and turf tracks.

“Nurturing an ongoing alliance between the Saudi Cup and established races with global followings such as the Pegasus World Cup and Pegasus World Cup Turf is key to our continued growth and development on the international racing stage.”

“In four short years, the Pegasus World Cup has become one of sport’s most exciting experiences and one of Thoroughbred racing’s most pivotal events, bringing together the world’s best racehorses. Races like the Pegasus World Cup and Saudi Cup encourage international competition and promote our sport to fans across the globe.”

The JCSA has also worked with the Japan Racing Association (JRA) to establish the Grade 1 $1.96m Champions Cup held over 1800m on dirt at Chukyo Racecourse on December 6, as a second qualifying race for the Saudi Cup.

In addition, the 1200m Grade 3 Capella Stakes, on December 13 at Nakayama Racecourse, which carries a purse of $703,000, has been announced as a qualifying race for the $1.5m Riyadh Dirt Sprint over the same distance on Saudi Cup Day.

Prominent Japanese trainer, Hideyuki Mori, who campaigned Full Flat to victory in the 2020 Saudi Derby on Saudi Cup Day welcomed the news: “It is exciting news to hear that Champions Cup and Capella Stakes are appointed as qualifying races for the Saudi Cup and the Riyadh Sprint,” he said. “It is the tendency that the rating of Japanese dirt horses are lower than turf horses and therefore we need these kind of races in Japan.

“I have just decided to withdraw Matera Sky from Breeders Cup to save him for the Riyadh Dirt Sprint and look forward to visiting Saudi again in February.”

Ryan said: “We are very excited to be able to announce these two high quality Japanese races as providing a guaranteed place to the Saudi Cup starting gate and the Riyadh Dirt Sprint respectively.

“The first two finishers in the 2019 Champions Cup, Chrysoberyl and Gold Dream came to Saudi Cup in 2020 proving an already established route for top class runners between the two races and the two jurisdictions.

“We are keen to encourage more international runners across all our races, not just the marquee Saudi Cup event, and so feel our association with this strong sprint in Japan is an important step for us as we build on the successes of year one.”

Adding to the international flavour across Saudi Cup weekend is the introduction of the $500,000 Saudi International Handicap, a race for horses from Part II and Part III racing countries as designated by the IFHA’s Blue Book.

“We are keen to provide as much interest and excitement across Saudi Cup weekend as possible for all our connections and also race fans,” said Ryan. “We had a good start in year one but we will continue looking at ways to evolve our race days and support worldwide horse racing. With the Saudi International Handicap we wanted to offer a global stage, to horses and connections that may not normally have this access, backed up by attractive prize money.”

The second renewal of Saudi Cup weekend will take place on Friday February 19 and Saturday February 20 2021 and the JCSA will announce any decisions regarding access to the event relating to Covid-19 restrictions at the earliest possible stage.