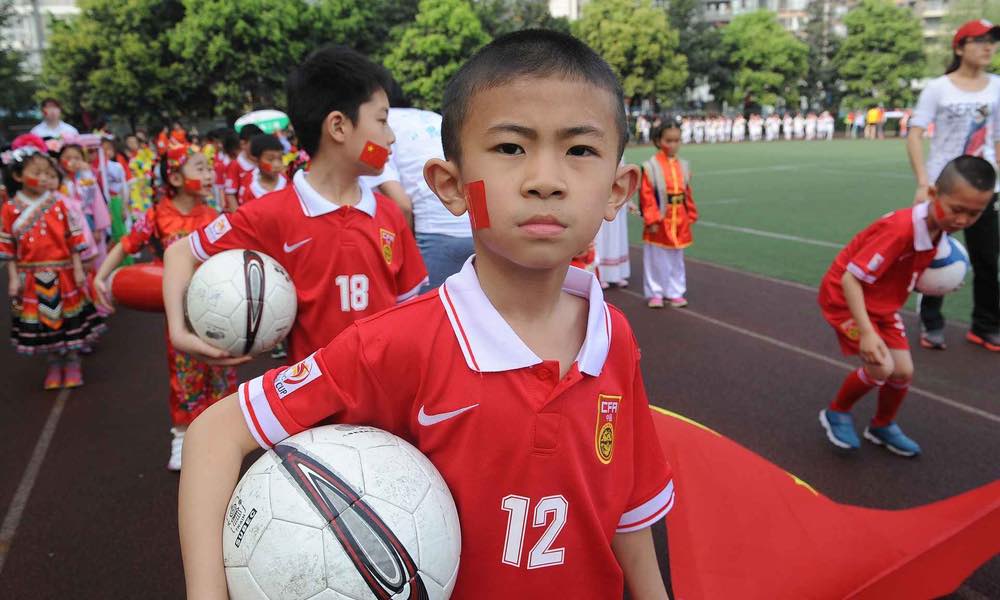 With a population of over 1.4 billion, not that there is a direct correlation between the size of a population and talent for a specific sport (take India and football for an example) bizarrely football has never been a sporting priority for China, but since 2015 a very vigilant and ambitious set of programs have been put into motion.

The push comes from the highest level of government, under President Xi Jinping’s direction, who is an avid football follower, he wants to make the country a footballing powerhouse, with the vision to elevate China’s national team to among Asia’s best by 2030.’

President Xi who has publicly announced his three World Cup dreams – ‘qualifying for the world cup’, ‘hosting the world cup and ‘winning a world cup title’. To achieve those dreams, the Chinese government has designated the development of football as an important political goal. 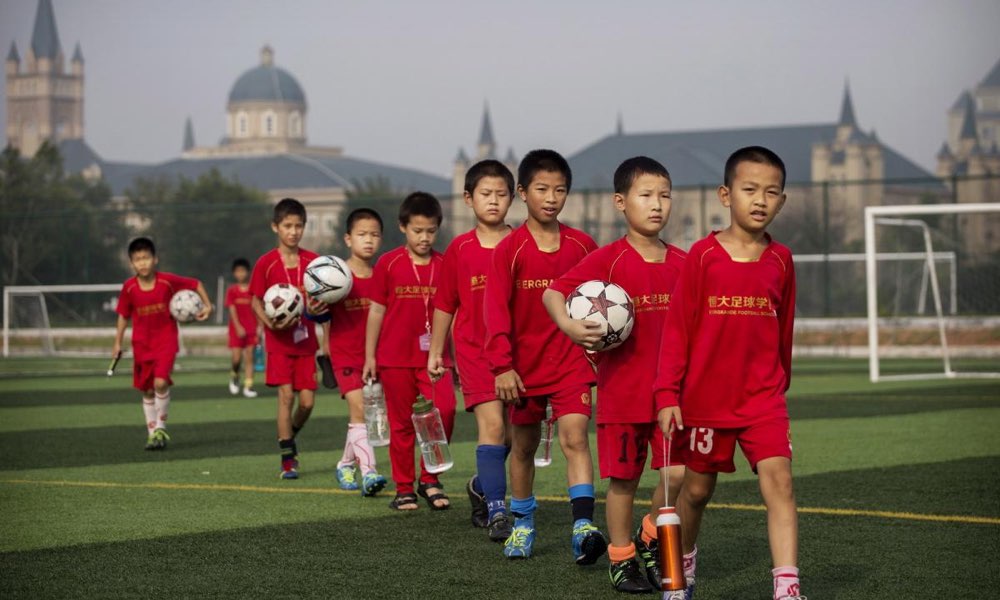 China’s ambitions don’t stop there, after achieving the label of ‘Asia’s best by 2030’, the next stage is to push towards a strategic set of programmes to become a ‘world football powerhouse by 2050’. The country’s FA is also working on plans to prepare a bid to host the World Cup. Earlier this year China was awarded the winning bid to host the Fifa Club World Cup 2021, the first expanded edition of the competition.

China has the most football fans in the world – an estimated 187 million, which is being exploited commercially and politically.

Allen Hogarth of Amnesty International raised concerns to the PA news agency, when it was announced that China will host the new-look Fifa Club World Cup in 2021.

“If China is chosen to host the Fifa Club World Cup in 2021, it will present Beijing with yet another opportunity to try to ‘sportswash’ its tarnished international reputation,” he said.

“It’s likely the Chinese authorities will see the competition as an opportunity to project an image of openness and tolerance, whereas the much darker reality in the country is one of pervasive censorship, relentless round-ups of dissidents, and the shocking mass detention of Uygurs in Xinjiang.” 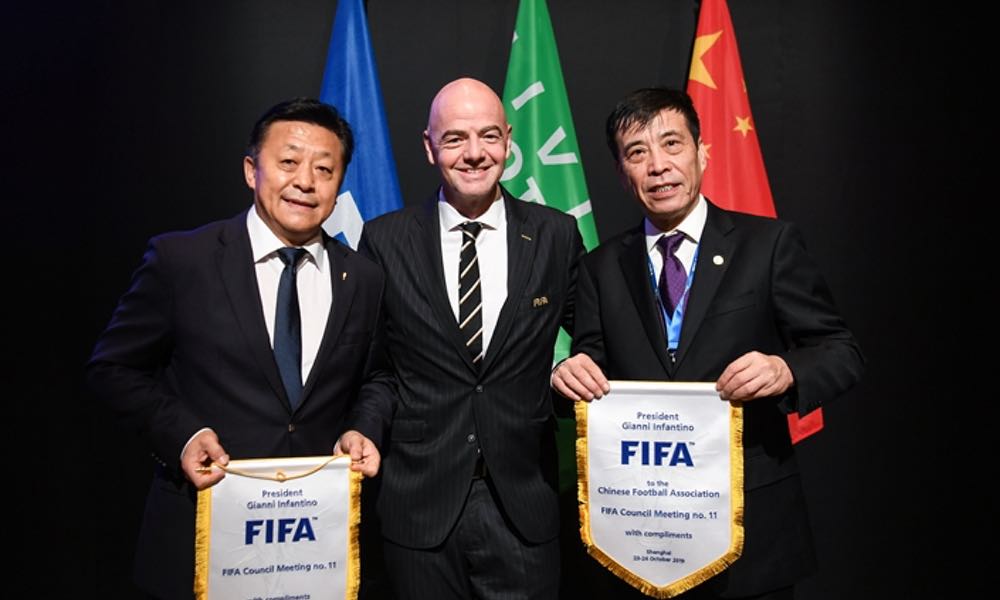 Commercially Chinese investors and brands have been flocking Fifa and other international football competitions. At the 2018 World Cup in Russia, there was a large number of Chinese companies, like Wanda Group, Hisense and Mengniu.

Alibaba Cloud became the presenting partner of the Club World Cup in 2017 on a five-year deal until 2022 and also several other Fifa competitions.

The domestic investments in China goes beyond the Chinese Super League (CSL); it is part of a far broader initiative to develop the sport within the country. China plans to create ‘up to 25,000 soccer schools and 75,000 pitches by 2022. Over 40 million students from the primary and secondary schools are being encouraged to play football regularly, with scouts present at inter-school competitions and trials.

The proposals put forward by the government affect various aspects of the game, with the CSL, the country’s top level league, leading the way. Though expensive player transfer investments from the CSL clubs has dramatically slowed down in the past couple of years. 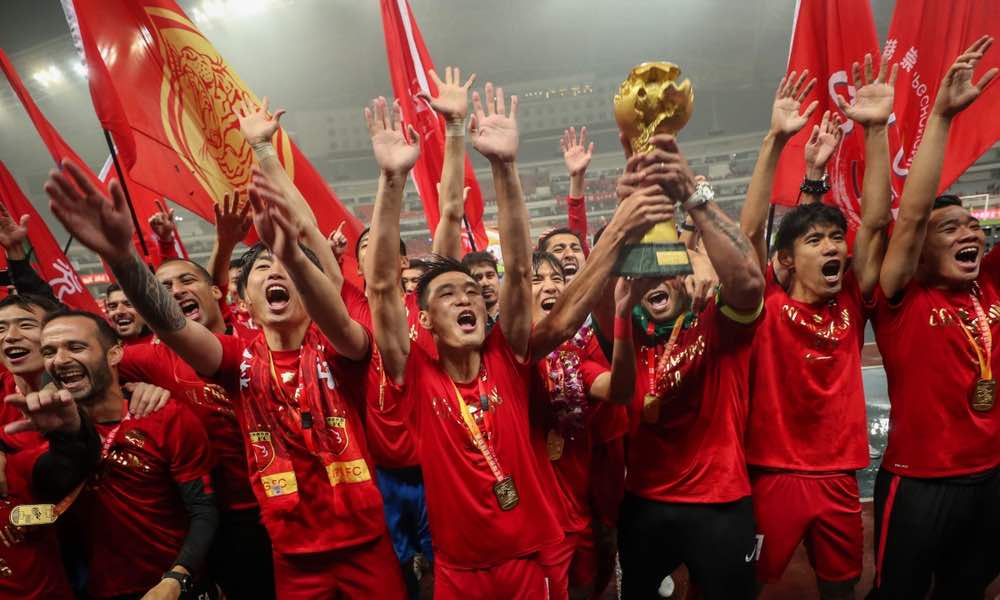 China has the most football fans in the world – an estimated 187 million, which is being exploited commercially and politically.

When Shanghai Shenhua added Didier Drogba and Nicolas Anelka to their team in 2012 it was a global statement, since then top players like Oscar, Ramires, Alex Teixeira, Gervinho, Asamoah Gyan, Graziano Pella, Paulinho, Hulk and Jackson Martinez have all made big-money moves over the last few seasons and in the 2016 winter transfer window the CSL became the biggest spenders globally by outspending the English Premier League by more than $100m.

One of the key factors in China’s development into football is that the domestic investments in the CSL, youth development etc is going hand-in-hand with an international drive. While the financial clout of the CSL has been much publicized, with the quality of players and football being played on the rise, the injection of funds into the sport worldwide is also at play.

Manchester City, owned by Sheikh Mansoor’s Abu Dhabi United Group, sold a 13-percent share of the club to Citic Capital, a Chinese investment company, while a number of big European clubs are now under Chinese ownership. Espanyol and Atletico Madrid in La Liga, Aston Villa in the English Premier League, French side Nice and Italian giants Inter Milan have all received major investment from China.